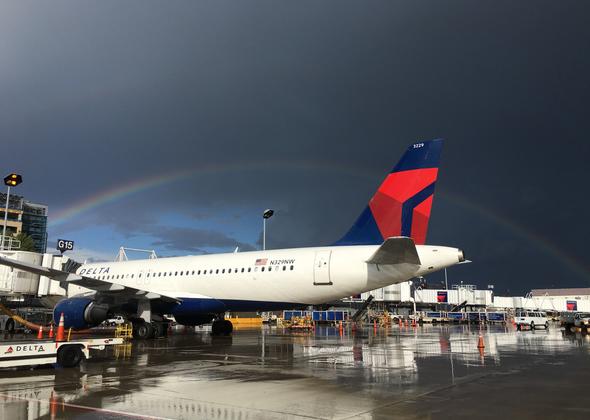 For the second consecutive year, Barron’s has included Delta as one of its top 10 stocks for 2017, hailing Delta as “an industry leader in both operations and pricing.”

Delta is in good company on the list with the likes of Alphabet, Inc. (Google’s parent company), Apple, Inc., The Walt Disney Company and Citigroup. Barron’s - a widely-read publication covering the financial and investment sectors - hails Alphabet as “one of the world’s great businesses, describes Apple as “dominant” and says Disney is one of the “world’s best brands.”

“Delta Air Lines runs like a disciplined industrial company, but it’s still valued like an airline,” Barron’s writes. “Its shares, around $49, trade for nine times both 2016 and 2017 estimated earnings.”

The inclusion on the top 10 list comes the week before the airline’s annual Investor Day, at which Delta executives will update investors and Wall Street analysts on key initiatives for the coming year.

“Delta has more than halved its net debt since 2009, to $6 billion, and gained an investment-grade credit rating from Moody’s. Delta pays a dividend of 1.7 percent and is aggressively repurchasing stock,” Barron’s noted.