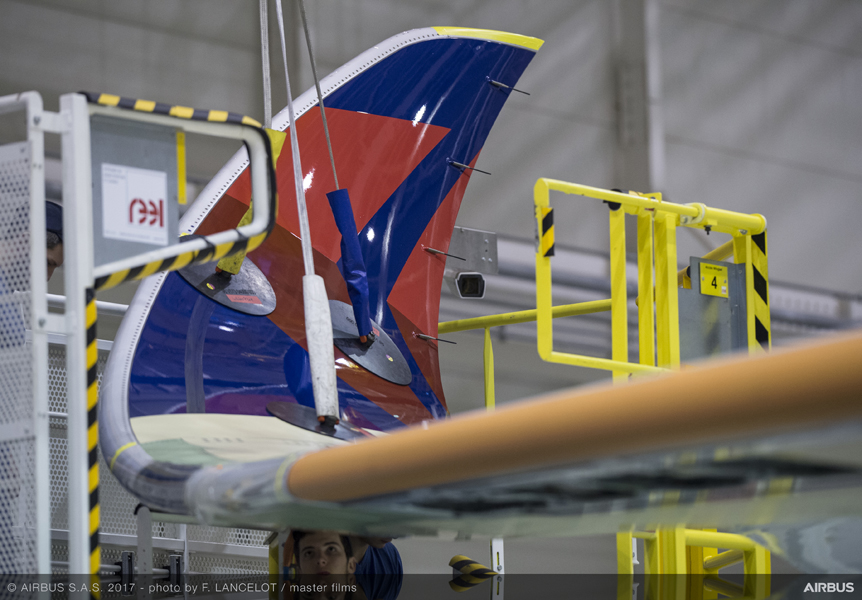 Delta’s newest widebody and flagship aircraft, the state-of-the-art Airbus A350-900, is taking shape at the plane-maker’s massive Toulouse, France, assembly facility. This week, the characteristic sweeping winglets were added to Ship 3501, emblazoned with the Delta logo—unique to the A350 paint scheme.

Large portions of the fuselage, wings, tail and other components began arriving in Toulouse in January, marking the beginning of the final assembly process and years’ worth of work to bring the 306-seat widebody jet to Delta’s fleet. Over the next several months, two massive Rolls Royce Trent XWB engines will be hung on its wings, sidewalls and overhead bins mounted and the industry’s first all-suite business class cabin installed, among other accoutrement. Prior to its first flight, the plane will be painted from nose to tail.

Expected to begin service this fall, the A350-900 will be deployed primarily on routes across the Pacific. Delta anticipates taking delivery of five of the widebody airliners before the year is done and will be outfitted with 32 Delta One suites, 48 seats in the Delta Premium Select cabin and 226 Main Cabin seats. The aircraft will come outfitted with seatback entertainment at every seat featuring Delta Studio, 2KU Wi-Fi, a modern cabin with high capacity overhead bins and full-spectrum LED ambient lighting throughout.

The economically efficient A350 will replace older Boeing 747-400 aircraft, which is slated for retirement at the end of the year. Delta has 25 Airbus A350s on order with the European aircraft manufacturer. The airline will also take delivery of A330-900neo aircraft in 2019 as part of a broader international widebody fleet renewal.

They’re devices on the end of an aircraft’s wings that improve fuel efficiency by reducing drag. Modern winglets used on commercial jets were developed in response to the 1973 oil crisis, and have evolved into several different types. Watch this video to see how they work. 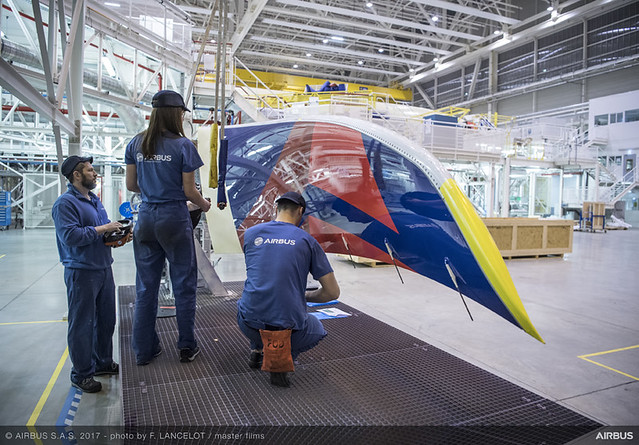 Stay tuned to Delta News Hub for updates on the Airbus A350’s progress as it heads to its first flight and delivery later this year. 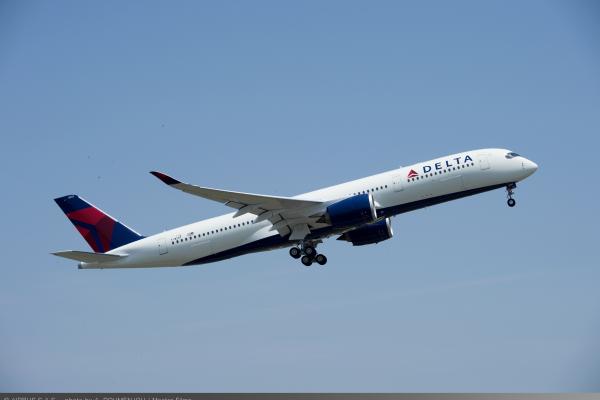 A350 airborne over Toulouse 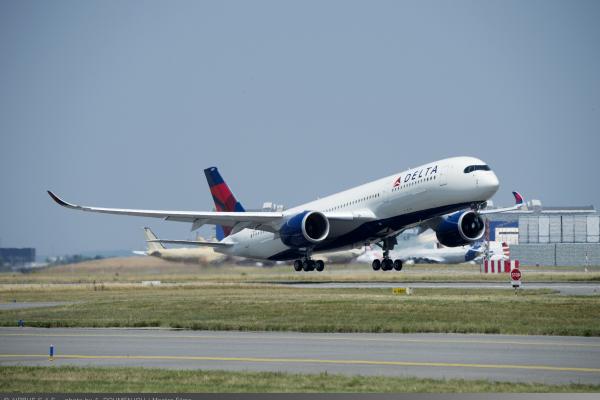 A350 takeoff in Toulouse 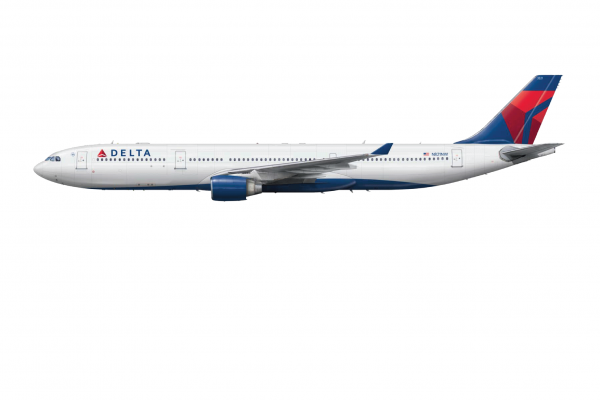 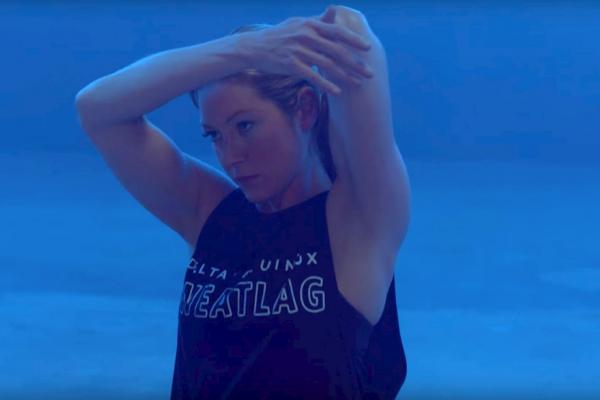 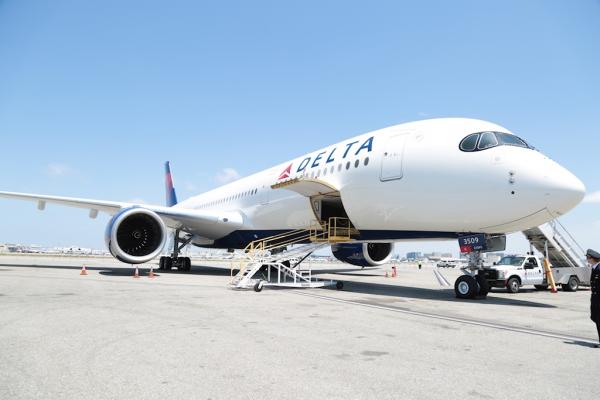 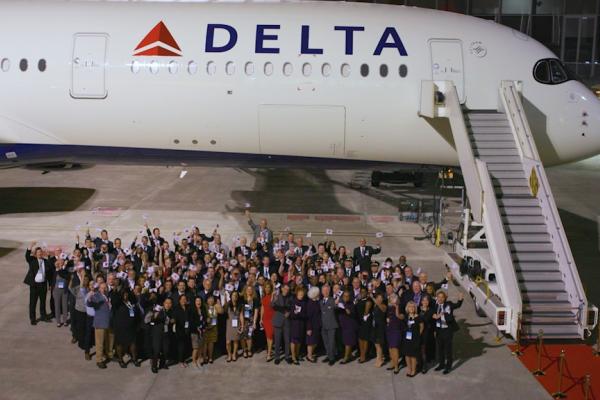 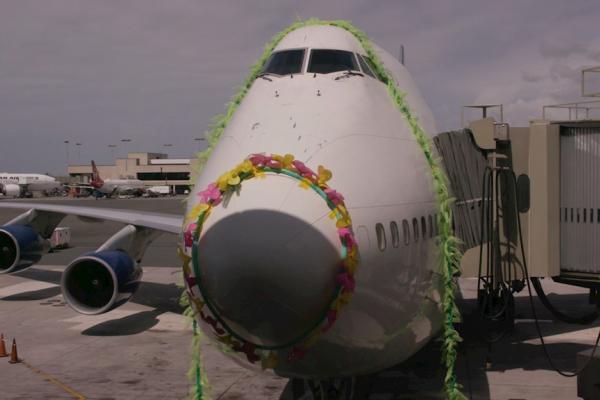