Fishing for a cause: Project cleans Amsterdam canals 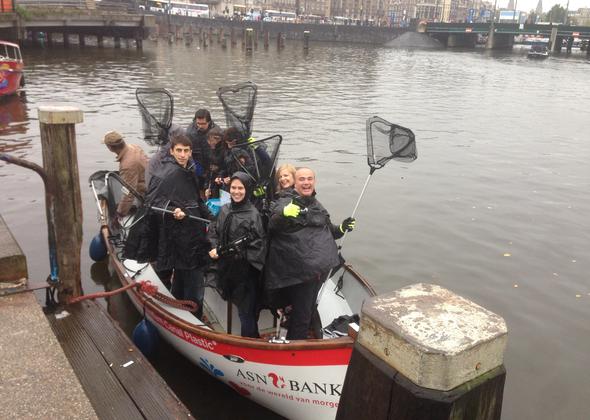 Delta people fished the canals of Amsterdam for discarded plastic in support of the Plastic Whale environmental project. 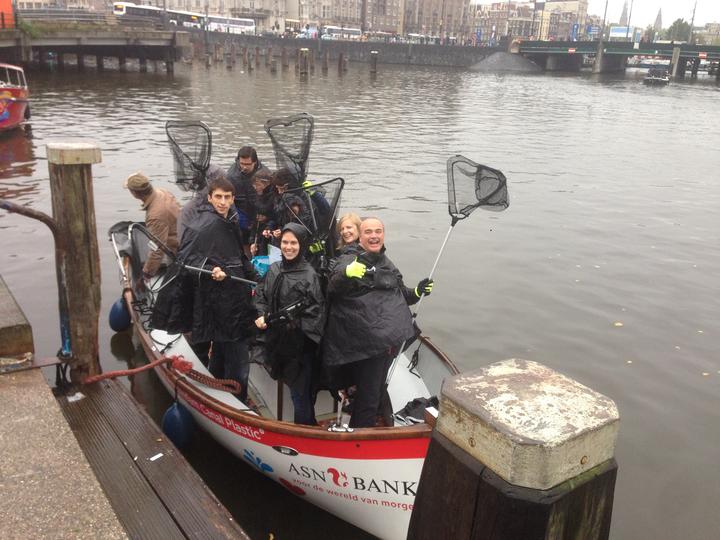 They braved torrential rain in boats made entirely of recycled plastic where they collected many sacks full of plastic and other garbage throughout the day.

Plastic Whale was founded in 2011 and holds three annual fishing events and ad-hoc boat trips for people across the city to grab nets and collect discarded plastic littering Amsterdam’s miles of picturesque waterways.

The organization held its first public fishing event in 2011 and since then thousands of people have joined forces to help keep the city’s canals free from waste and its wildlife safe. From the plastic the group pulls from the canals, it’s creating a plastic boat fleet.

“We’re marking our 25th anniversary of service to Amsterdam and what better way to celebrate than by helping an important environmental cause in the city?” said Jan Feenstra, Delta’s sales manager for the Netherlands and Northern Europe.

“We are delighted to partner with KLM and Schiphol Airport for this event, sharing Delta’s values of giving back to the communities we serve around the world.”