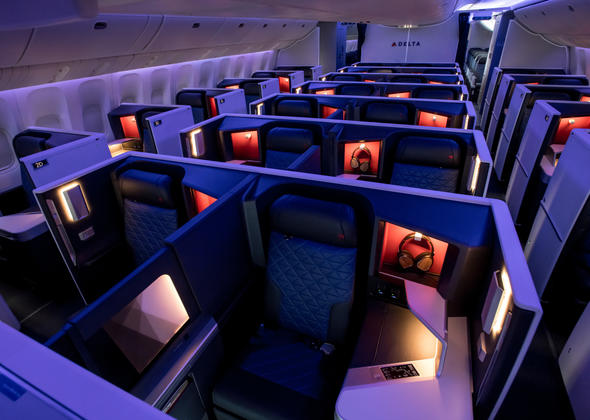 The modifications, performed on Delta's 757 transcontinental aircraft, marks a significant product milestone to deliver one of the most exclusive cabins in the sky to customers flying from coast to coast. In addition to the full flat-bed seats, customers seated in Delta One already receive meals from renowned chef Michael Chiarello, premium entertainment via Delta Studio and additional touches such as Westin Heavenly In-Flight bedding and Tumi amenity kits featuring skincare products from Malin+Goetz.

Delta announced the implementation of full flat-bed seats, in what was then known as BusinessElite, on all flights between New York-JFK and Los Angeles International Airport in June 2014.

The continued focus on improving travel between New York and key West Coast markets is another way Delta is making investments to improve travel for customers.