Atlanta-based flight attendant Jennifer F. went beyond the call of duty to assist a victim of a national tragedy. 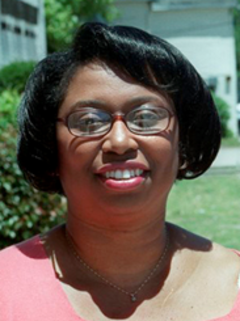 Jennifer was working a long flight from Dubai to Atlanta when it was brought to her attention that a passenger was unhappy with his seat. To accommodate the man, she found an empty aisle seat and asked the customer in the center of that row if he’d mind if she moved another passenger there. The man kindly obliged.

Jennifer struck up a conversation and learned that the kind man's wife, Cynthia Hurd, was one of the nine people who’d been murdered recently during a Bible study at Emmanuel AME Church in Charleston, S.C. He works in the Merchant Marine and was in the United Arab Emirates when he got word of the horrific shooting.

Jennifer called ahead to Atlanta to arrange for a Delta agent to meet the husband upon landing to expedite his way through immigration. Unfortunately, when he landed there was a mix up, and no one was there to help.

Even though Jennifer was on her way home to Memphis, Tenn., she still took the time herself to walk the husband through immigration and baggage claim in Atlanta so he wouldn’t miss his flight to Charleston. She even let him use her cell phone to talk to his mother, brother and sister, since his wasn’t working and knowing that he had traveled a total of 21 hours from the UAE to Atlanta.

“Jennifer could have easily allowed (the husband) to deplane, knowing she had already made the request for assistance through immigration,” said Allison Ausband, S.V.P.–In-Flight Service.  “But, feeling personally accountable to this customer, Jennifer chose to see that (he) was taken care of, being proactive in her approach by providing that human touch of compassion and thoughtfulness.

“In a time of much sorrow, not only for her passenger, but for our entire nation, Jennifer realized the need and the significance of the situation and intentionally chose to make a difference.”

With all the time spent helping the grieving husband, Jennifer missed her flight home – but she hadn’t missed the opportunity to demonstrate her humanity to a customer in need. 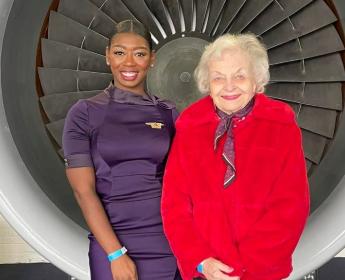