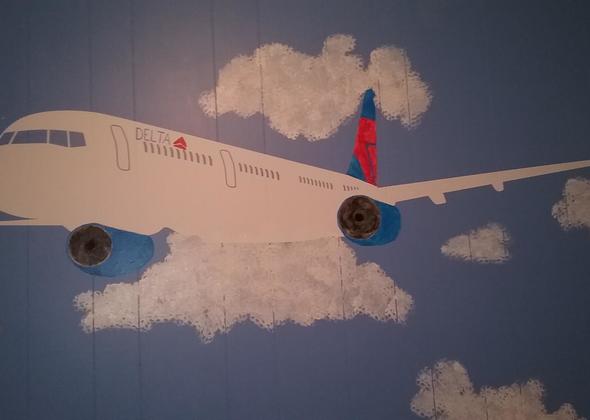 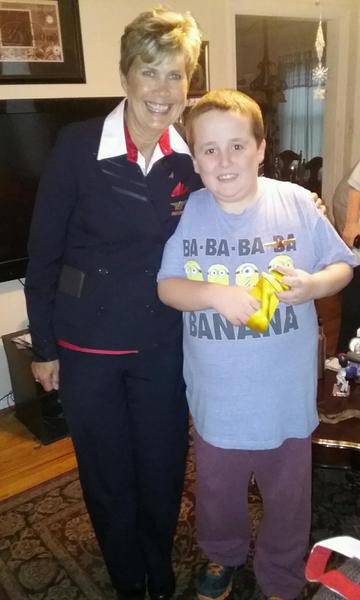 Atlanta-based flight attendant Sandy Baker surprised a 10-year-old boy with autism by delivering a truck-full of Delta goodies and arranging a trip to the Delta Flight Museum in Atlanta this week.

It all started when a mutual friend contacted Baker, asking if she could “get her hands on anything with Delta on it” for enthusiastic young Delta fan, Dakota “Kota” Richard. Baker, who has been a flight attendant for the airline for 32 years, jumped at the opportunity to help.

“My friend told me how, for a special treat, Kota and his mother Vanessa would drive from their home in Phenix City, Ala., to the Renaissance Hotel [next to the Atlanta airport] and watch the planes take off and land from the balcony of their room,” Baker said. “When she mentioned Kota’s mother was planning on redecorating his bedroom with a Delta theme, it gave me an idea.”

Little did Kota know, Baker would help transform his room into a Delta wonderland.

To put her plan into action, she went to social media to ask fellow Delta employees for donations. The response, she said, was overwhelming. 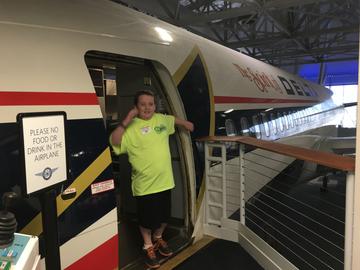 She received Delta-branded T-shirts, hats, backpacks, bags and dozens of other Delta items. One employee mentioned the Delta Flight Museum was having a surplus sale soon, so Baker took the opportunity to purchase additional memorabilia, including model planes and posters. When the Museum heard about Kota’s story, employees pitched in as well, donating a Delta watch.

Then, Baker packed up the items in her pickup and drove to Kota’s house in Phenix City, a couple hours from Atlanta, to surprise him. Baker and Kota’s parents arranged all of the collected Delta gear in the living room. As soon as Kota entered the room, his eyes lit up.

“Words cannot explain how grateful we are for Sandy’s acts of kindness,” said Kota’s mother Vanessa.  “Delta has gone above and beyond what we could have ever imagined to make Kota feel special.” 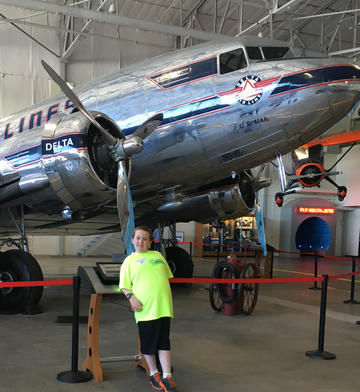 Baker’s efforts didn’t stop there. After Kota’s parents told Baker that he wanted to return to Atlanta to watch the planes for his birthday, she arranged a visit to the Delta Flight Museum. The family made the trip this week. Kota enjoyed learning about Delta history, watching the flight monitors and exploring the flight deck on the massive Spirit of Delta aircraft housed in the museum.

Kota and his family will return to Atlanta again April 12 to participate in an airport familiarization tour, one of the many events Delta is a part of in honor of Autism Awareness Month. The tour at the Hartsfield-Jackson Atlanta International Airport is designed to help acclimate people on the autism spectrum to the airport and the in-flight experience.

There, he will have the opportunity to board a Delta aircraft, meet  pilots, Airport Customer Service staff  - and, of course, be reunited with his favorite flight attendant.