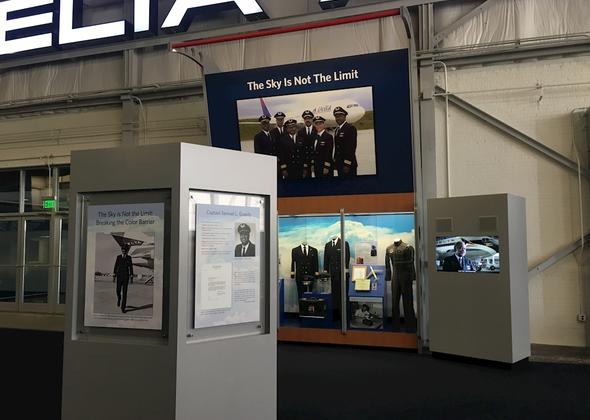 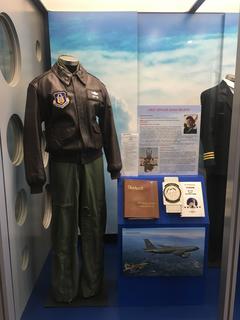 The "Sky is Not the Limit: Breaking the Color Barrier" exhibition features African-American aviation pioneers Capt. Samuel L. Graddy, Capt. John M. Bailey, Capt. Stephanie Johnson and First Officer Dana Nelson. Included in the multi​media display are pictures and artifacts from the pilots' careers that give museum visitors a glimpse into their professional accomplishments.

"I hope this will be the beginning of a heightened museum focus on diversity within Delta," said Timothy Frilingos, Manager of Exhibits at the Delta Flight Museum. "It's such an important part of Delta's foundation. As we became more global, it was necessary for us to become more diverse."

Overcoming adversity to achieve titles including Delta's first African-American pilot and first female African American captain, these four people are true testaments to the impact of living out a dream. 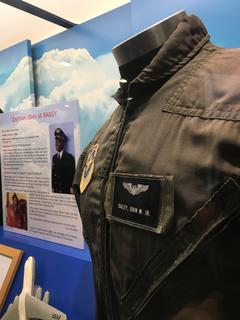 have often been asked, 'When did I become interested in flying?'" said Graddy in an interview for the exhibition. "My answer is always the same, 'I've never been interested in anything other than flying.'"

While each of these pilots faced different challenges, they share the common bond of paving the way for the next generation through their perseverance.

"You can see in the ​exhibit that these people have devoted their lives to their jobs and to the next generation. They've mentored and helped develop young pilots in one way or another," said Frilingos. "Delta's culture emphasizes becoming a part of something bigger, and these pilots represent that motto on a massive scale."

Unveiled Thursday, the exhibit will be on display through the end of March and within that six-month span, Frilingos hopes that it will leave audiences with the message that with no real barriers, nothing is impossible.