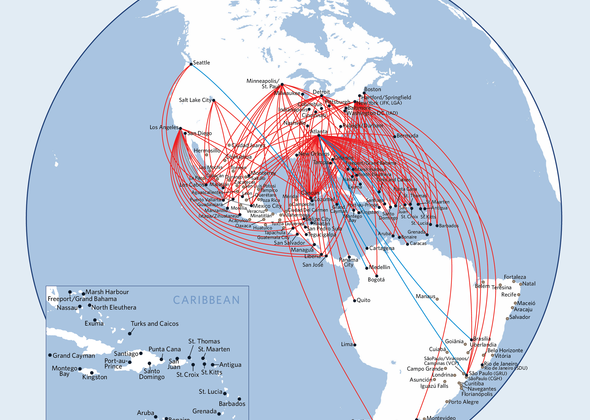 The moves have allowed Delta to compete more effectively on routes between the U.S. and those carriers’ respective countries, provide more travel options for its shared customers and invest in a better overall customer experience.

After forging strong ties with European carriers Virgin, Air France-KLM and Alitalia, Delta is focusing on the potential growth markets in Latin America and Asia. Despite economic fluctuations in both regions, Delta has seen solid growth with its partners and predicts more profitability in the future.

The deals range from basic code-sharing pacts -- in which airlines list each other’s flights on their reservation systems – to full-scale joint ventures that allow partners to jointly set prices and schedules, and share revenue.

DNH: Where do you see the greatest growth opportunities for Delta and how does the airline plan to capitalize on those? 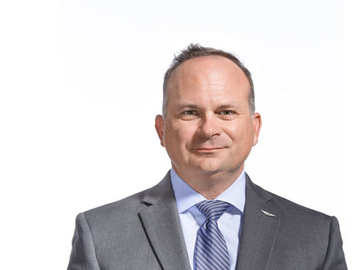 Esposito (right): Right now, the greatest growth for the company has been in the domestic system. Domestic, leisure and Latin America have been producing the strongest results. So, if you look at Delta for the fourth quarter, we’re going to be growing our U.S. domestic system and contracting on our widebodies, especially in Brazil and the Pacific arena.

Ferri: Delta has invested heavily on capacity in Latin America, and we’ve done so profitably. The region now comprises 8 to 9 percent of the total company available seat miles. Right now, our index of relative performance is the highest it’s been in a very long time.

Through our partnership with GOL, we cover 99 percent of the demand points in Brazil. With Aeromexico, once we establish a joint venture, which we anticipate will be sometime in 2016, we are going to have the No. 1 position in terms of capacity between the U.S. and Mexico.

DNH: Where do you see the partnerships with Aeromexico and GOL heading in the future? How do the pending Open Skies agreements with Mexico and Brazil affect this?

Ferri: Today, the U.S. does not have an Open Skies agreement with Mexico or Brazil. With Aeromexico, we are confident that Open Skies will be approved by the U.S. and Mexico sometime in early 2016, and we expect a joint venture to be in place soon after that announcement. With GOL we have a slightly different scenario, since it’s unclear when the Brazilian government may approve the agreement. We are not waiting and are focusing on an enhanced commercial relationship that would allow Delta and GOL to offer as many benefits as possible to our mutual customers.

Esposito: With GOL, we wanted to partner with a carrier that can carry our customers beyond that initial hub. There’s dozens of destinations beyond Sao Paulo and Rio that, if we didn’t have GOL, we couldn’t access the rest of the country. If we want to be relevant in Brazil, we need to serve more than just those top two destinations. 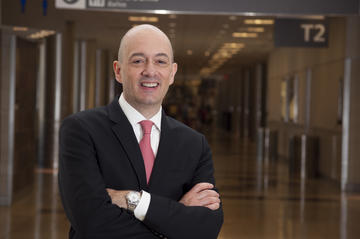 Ferri (right): Here at Delta, not only do we focus on the customer experience by creating an environment that is comparable for our customers when they transfer carriers, but we invest a significant amount of time and effort making sure that we help our partners and also let our partners help us. We see a partnership as a partnership of equals, no matter how big or small the carrier.

Aeromexico and GOL are the pre-eminent airlines in their two respective countries. With both carriers, we have shared values at every level, so it’s very important that we let the communication flow. The time and effort we dedicate enables us to share our best practices with them and strengthen them as airlines in Latin America’s competitive marketplace. We also tend to learn a large amount from them as well. At Delta, we’ve embarked on “Latinization” or “Somos Delta,” which is a process of changing our products, our service, and frankly our DNA, to make sure we serve the Latin and U.S. customer with a special touch.

DNH: How has Delta positioned itself for protection against Brazil’s unstable economy?

Ferri: We’re very quick at understanding and forecasting dynamics, as well as moving our assets to where they will generate the most return. The results we’re seeing in Latin America are a testament to the agility we’ve had in terms of deciding which locations to serve.

We understand this is an economic cycle in Brazil – probably a long cycle – but this too shall pass. As a result, we have reduced our capacity there. In December, we’ll be down 20 percent year over year. We’ve also doubled down on our efforts to continue expanding and enhancing our cooperation with GOL. It’s this combination that allows us to continue to provide great customer service and to do so profitably.

Esposito: We’ve realigned our network in Brazil. We’ve taken capacity out of Atlanta and Detroit and have re-allocated it to Orlando. Starting next year, we’re going to have non-stop service from Orlando to Sao Paulo. The reason behind this move is the fact that Florida is one of the biggest destinations for Brazilians. Between second home ownership and the leisure aspect of Disney World, the sunshine state is a big market for Delta.

DNH: How is Delta building up its West Coast presence to Asia?

Esposito: In the past couple of years, we’ve been building up our hubs in Los Angeles, Seattle and Detroit and we’ll continue to expand there. Between these three cities, we’re able to capture the majority of the U.S. that wants to go to Asia. Seattle sees the greatest amount of West Coast capacity to Asia, by serving Narita, Shanghai, Beijing, Seoul and Hong Kong. Right now, we’re working on building a bigger domestic presence in our hubs to support these travel destinations.