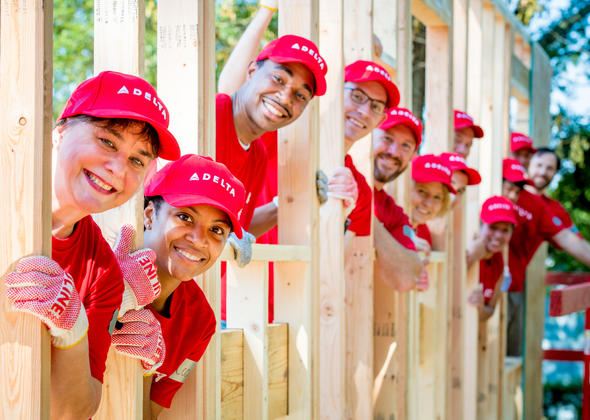 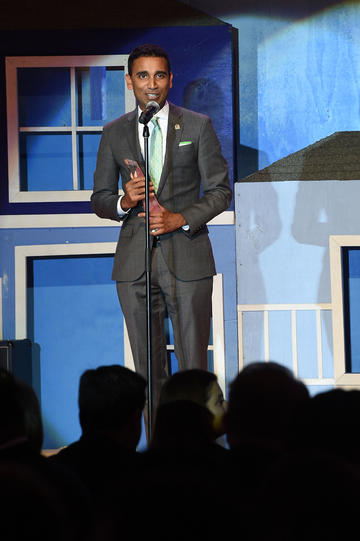 Habitat is one of Delta's core community partners as it acknowledges the need for safe, decent and affordable shelter. Habitat homeowners purchase their homes through affordable monthly mortgage payments and also must invest hundreds of hours of their own labor, called sweat equity, working alongside volunteers and other Habitat homeowners.  To date, Delta people have helped build or rehab more than 235 Habitat homes in 12 countries around the world. This year, thousands of Delta employees around the country will come together to build 8 Habitat homes in 6 U.S. cities.

Earlier this fall in Los Angeles, 450 Delta volunteers embarked on Delta’s sixth Habitat build in the city – the airline’s very first within the L.A. city limits and part of a multi-year, $900,000 pledge by Delta to help build affordable housing in Los Angeles.

Delta’s efforts to help build a better L.A. stretch from the airport – where it has been the fastest-growing carrier at LAX since 2009 and will soon embark on a $1.9 billion relocation and modernization project at Terminals 2 and 3 – to the community, where the airline supports dozens of organizations and events that are near and dear to the hearts of Angelenos.

Earlier this year, Delta announced it will contribute 1 percent of its net income from the previous year to key charitable organizations, including Habitat for Humanity.
Related Topics: