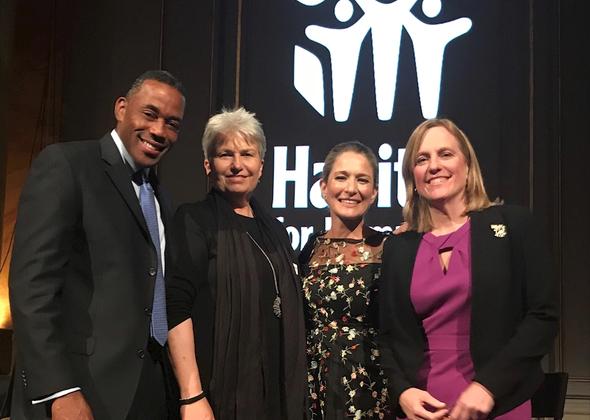 Habitat for Humanity New York City honored Delta for a decade of support and $1 million in giving at its annual House Party gala earlier this week.

Over the past 10 years, Delta has helped the organization construct and preserve affordable housing in New York City, including four homes as part of the Queens Phase One development, making affordable homeownership a choice for hardworking, lower-income New York families. Delta employees have also committed thousands of volunteer hours on Habitat for Humanity build sites in the city.

"In New York and elsewhere, Delta is invested in giving back to the communities where our employees live, work and serve, and truly making a difference in the lives of others," said Kuykendall. "Habitat is one of Delta's core community partners, and we are proud of our longstanding relationship with this amazing organization. On behalf of Delta's more than 10,000 New York-based employees – many of whom have volunteered their time at Habitat builds around the city we all call home – we are honored to have supported Habitat NYC for the past decade and look forward to continuing to help our hardworking neighbors achieve homeownership and thrive in our community."

​The Habitat House Party gathers prominent philanthropic, civic and community leaders to raise glasses, raise funds and raise awareness for Habitat NYC and the need for affordable homeownership opportunities throughout the five boroughs. The annual gala is instrumental in helping Habitat NYC continue its mission of building and preserving affordable homes for ownership.

Delta employees have built 247 homes with Habitat for Humanity in 12 countries worldwide.  ​