As the sun rises in cities around the world this morning, a new uniform collection makes its first public appearance on 64,000 Delta Air Lines employees in airplanes, airports and hangars from Sydney to Honolulu.

Created by fashion authority and acclaimed designer Zac Posen and built with Lands' End quality, these designs embrace innovative fit, form and function, carrying Delta into the future in style.

This collection makes a strong brand statement, elevating Delta from the look of a traditional U.S. carrier and introducing glamour and sophistication while offering the ease of machine-washable care for the carrier’s always on-the-go employees. Delta’s last uniform update was in 2006 for above-wing employees (Delta Sky Club, ticketing and gate agents, Red Coats and flight attendants) and in 2000 for below-wing employees (aircraft maintenance professionals, ramp and cargo agents, and ground service equipment mechanics).

“We are happy to provide this level of quality, style and global sophistication to the professional men and women who represent Delta so well every day,” said Ed Bastian, Delta’s Chief Executive Officer. “The new Delta uniform collection offers unity between all workgroups like never before. We are one proud Delta team and it really shows.”

The uniform collection reflects employee input at each step of the design process. For three months, 1,000 Delta people in diverse roles around the globe tested the uniforms to ensure the final designs would support a variety of job functions, climates and body types. The Zac Posen and Lands’ End design teams conducted hundreds of focus groups, job-shadowed employees and gathered recommendations from more than 30,000 surveys. All of this and more feedback led to more than 170 changes.

The uniforms for above-wing employees, designed by Zac Posen, are an iconic move for the Delta brand. Posen and team took care to incorporate innovative fabrics and technologies. They introduced unexpected, signature details like the collar of the women’s blouse inspired by the wing of an airplane, and functional touches based on employee suggestions like passport and pen pockets.

“It was an honor to design for an iconic global aviation brand and I wanted to bring back glamour to the runway while introducing innovative technologies in the uniforms,” said Posen, fashion designer and television personality. “It was integral for my research and design to be part of the Delta employees’ daily tasks through job shadowing and direct feedback from frontline people. I wanted to create uniforms with all of the best and latest fabrications, while introducing new coloring and shapes to have the Delta crew stand out while looking like one team. The final designs were created to feel empowering and elegant yet comfortable. I am so proud of what we have achieved together. These uniforms symbolize a new era for Delta on a global scale.”

Passport Plum – a shade that flatters every skin tone – marks the new, regal collection. For 30 years, Delta’s uniforms have been navy and red, blending in with other U.S. carriers while Delta’s service has continued to stand out for its excellence. Now, with five wholly reimagined hues -  Passport Plum, Cruising Cardinal, Groundspeed Graphite, Traveling Thistle and Skyline Slate - Delta people will look as noteworthy as their service.

For top quality, Delta put the legendary service and style of Lands’ End to work for the new uniforms. Lands’ End delivered Posen’s above-wing designs with cutting-edge materials that look effortlessly elegant. Lands’ End drew inspiration from this collection to create and manufacture designs for Delta’s below-wing employees. Meticulous attention to detail was applied throughout the process, resulting in thoughtful touches like lightweight, breathable rain gear and gripper technology in the waistband to keep shirts tucked.

“These uniforms were built to keep Delta employees safe, comfortable and always ready to fly,” said Jerome Griffith, Chief Executive Officer and President, Lands’ End. “We’re honored that Delta turned to Lands’ End for our legendary service, style and quality to outfit their employees worldwide. Our talented team drew inspiration from Posen’s designs to create cohesive styles for Delta’s below-wing employees, while producing both collections with meticulous attention to detail in high-quality, innovative fabrics and materials.”

Innovation is a brand promise for Delta and the uniform team chose fabrics at the pinnacle of fashion technology with ripstop, high-stretch, wrinkle-and-stain-resistant, water repellant and waterproof, deodorizing, windproof, anti-static and moisture-wicking properties. To keep Delta people safe, safety vests were equipped with metalized prismatic reflective tape twice as bright as other airlines.

Delta and third-party consultants audited every factory producing even the smallest elements of the new uniform, completing extensive testing to ensure employee comfort and safety with fabrics of the highest quality.

The collection is inaugurated today by runway shows starting in Atlanta, moving to Minneapolis and wrapping in Los Angeles with a celebration of Delta uniforms through the decades. Customers may even be surprised by pop-up fashion shows with the designer onboard at 30,000 feet.

As the uniforms debut in airports around the world this morning, tune in to Delta News Hub to catch their first moments.

ABOUT ZAC POSEN
Zac Posen launched his eponymous collection in 2001, with a vision for modern American glamour that married couture technique with striking innovation. Raised in New York, Zac began his design training early. At 16, he attended Parson's School of Design followed by London's Central Saint Martins University. Two years following his first collection, he was awarded one of fashion's most prestigious honors, Swarovski's The Perry Ellis Award for Womenswear by the CFDA.

Today, Zac is known globally for his technique in artisanal craftsmanship, anatomical construction and textile manipulation. His daywear, suiting and red carpet eveningwear are infused with his bold sophistication, sexy femininity and distinctive glamour. Worn by leading women, including Uma Thurman, Michelle Obama, Katie Holmes, Reese Witherspoon, Claire Danes and Rihanna, he has become a staple on the red carpet. His collections have grown to include Zac Posen, ZAC Zac Posen and Truly Zac Posen with offerings in handbags, accessories, hosiery, eyewear and fine jewelry.

Zac serves as a judge with Heidi Klum and Nina Garcia on Lifetime's mainstay Project Runway and he serves as Creative Director for the Brooks Brothers signature women's collection and accessories.

Lands’ End, Inc. (NASDAQ: LE) is a leading multi-channel retailer of clothing, accessories, footwear and home products. We offer products through catalogs, online at www.landsend.com and affiliated specialty and international websites, and through retail locations. We are a classic American lifestyle brand with a passion for quality, legendary service and real value, and seek to deliver timeless style for men, women, kids and the home.

Delta Air Lines serves more than 180 million customers each year. In 2018, Delta was named to Fortune’s top 50 Most Admired Companies in addition to being named the most admired airline for the seventh time in eight years. Additionally, Delta has ranked No.1 in the Business Travel News Annual Airline survey for an unprecedented seven consecutive years. With an industry-leading global network, Delta and the Delta Connection carriers offer service to 321 destinations in 57 countries on six continents. Headquartered in Atlanta, Delta employs more than 80,000 employees worldwide and operates a mainline fleet of more than 800 aircraft. The airline is a founding member of the SkyTeam global alliance and participates in the industry’s leading transatlantic joint venture with Air France-KLM and Alitalia as well as a joint venture with Virgin Atlantic. Including its worldwide alliance partners, Delta offers customers more than 15,000 daily flights, with key hubs and markets including Amsterdam, Atlanta, Boston, Detroit, Los Angeles, Mexico City, Minneapolis/St. Paul, New York-JFK and LaGuardia, London-Heathrow, Paris-Charles de Gaulle, Salt Lake City, São Paulo, Seattle, Seoul, and Tokyo-Narita. Delta has invested billions of dollars in airport facilities, global products and services, and technology to enhance the customer experience in the air and on the ground. Additional information is available on the Delta News Hub, as well as delta.com, Twitter @DeltaNewsHub and Facebook.com/delta. 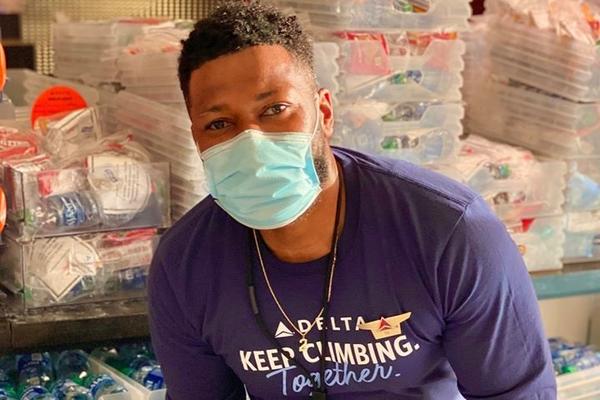 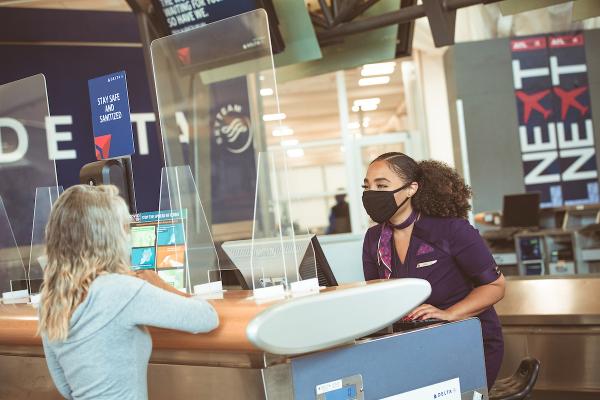 Delta to require new hires in the U.S. to be vaccinated against COVID-19 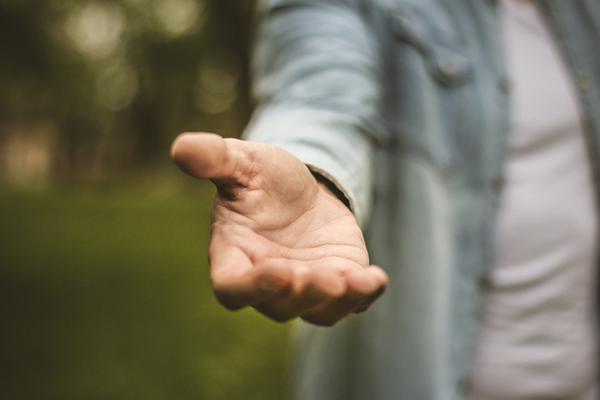 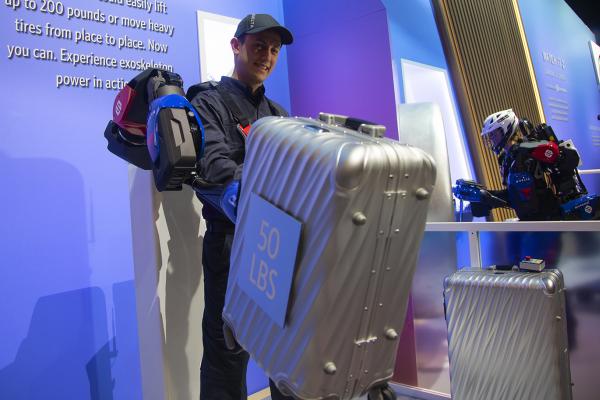