High-flying food: 80 years in the making

Eighty years ago this month, a Delta First Officer stepped out of the right seat of his 10-passenger Lockheed Electra and served customers on board the airline’s first meal service—a boxed lunch and coffee. 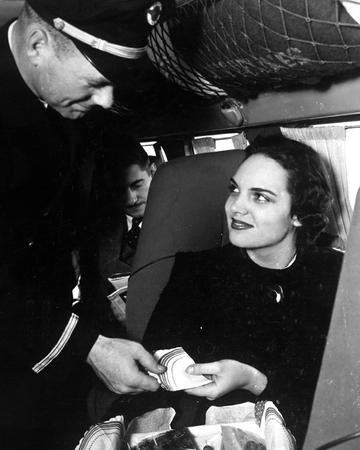 Fast-forward to the present day and the global carrier serves more than 45 million meals a year, not to mention more than 235 million packages of peanuts, pretzels or Delta’s signature Biscoff cookies combined, and 82 million cups of Starbucks to wash it all down. Delta’s food service has evolved dramatically since the days when pilots doled out sandwiches and fried chicken. Today Delta’s more than 22,000 flight attendants serve up a mix of chef-created meals in Delta One, healthful selections with bold flavors in First Class on flights throughout North America and for-purchase selections like Luvo wraps as well as complimentary snacks in the Main Cabin.

Since the 1940s, Delta has offered complimentary snacks on board to customers starting with peanuts, later adding pretzels and Biscoff cookies in the late 1980s and early 1990s.

While customers have seen a slew of changes since the early days, some of the most dramatic innovation has come in the last few years since Delta began partnering with talented chefs like Atlanta-based Linton Hopkins, whose focus on bringing healthful, seasonally influenced and locally sourced meals to Delta One has completely changed the conversation around high-flying food.

Delta has also taken the industry-leading step to incorporate seasonality into their menus to ensure meals feature fresh-picked vegetables at the peak of flavor—bringing the farm to the tray table. Additionally, Delta has partnered with Master Sommelier Andrea Robinson to create a robust wine program that also incorporates a seasonal approach pairing perfectly with the airline’s Delta One menus. Today, Delta serves nearly 2.5 million bottles of wine and Champagne annually in its premium cabins.

Entrees in Delta’s First Class cabin on flights throughout North America have followed a similar trajectory as the airline continues to provide customers with a variety of refreshed options on board.

For customers in the airline’s Main Cabin, Delta partnered with fresh food maker, Luvo, to create a lineup of wraps and snacks to offer a healthy on board option for purchase in Delta’s EATS menu. The partnership, in part, prompted The Diet Detective to laud Delta for its healthful food approach and give high marks to the carrier in its latest roundup.

As a global carrier, Delta has also taken a local and regional approach to all of its menus including those originating across the globe.  The airline partnered with its regional Sales Teams in Europe, Middle East and Africa, Latin America, and Asia Pacific, to incorporate food and beverages that resonate with the airline’s global customers.

Delta offers regional entrees from various regions, including Spain, Italy and Germany for its European customers.

In Latin America, customers can enjoy local fare such as Alfajores from Argentina, Inca Cola from Peru, Guarana from Brazil. New this year, customers traveling between the U.S. and South America will also have the chance to experience a selection of premium wines selected by Delta’s Sommelier that highlight wineries from South America.

Delta has also partnered with local chefs in Asia to create unique Korean, Japanese and Chinese dishes that customers are able to enjoy alongside local beers and beverages.  The customer experience has been elevated in these regions to showcase local flair, providing chopsticks for respective regions including stainless steel for Korea, lacquer for China and wood for Japan.

Leaving no stone unturned, Delta in 2014 became one of the first carriers to work with craft breweries across the country to serve a selection of beers from locally-known brands. And in late 2015, TravelPulse named Delta the U.S. airline with the best beer selection, scored by beer-rating site, Beer Advocate.

“We’re leading a renaissance in the on-board culinary experience,” said Ausband. “Delta’s healthful options and our commitment to providing customers with real food made from real ingredients that tastes delicious are at the center of our customer experience strategy. I look forward to the next 80 years as we continue to enhance the on board, culinary experience for our customers.”