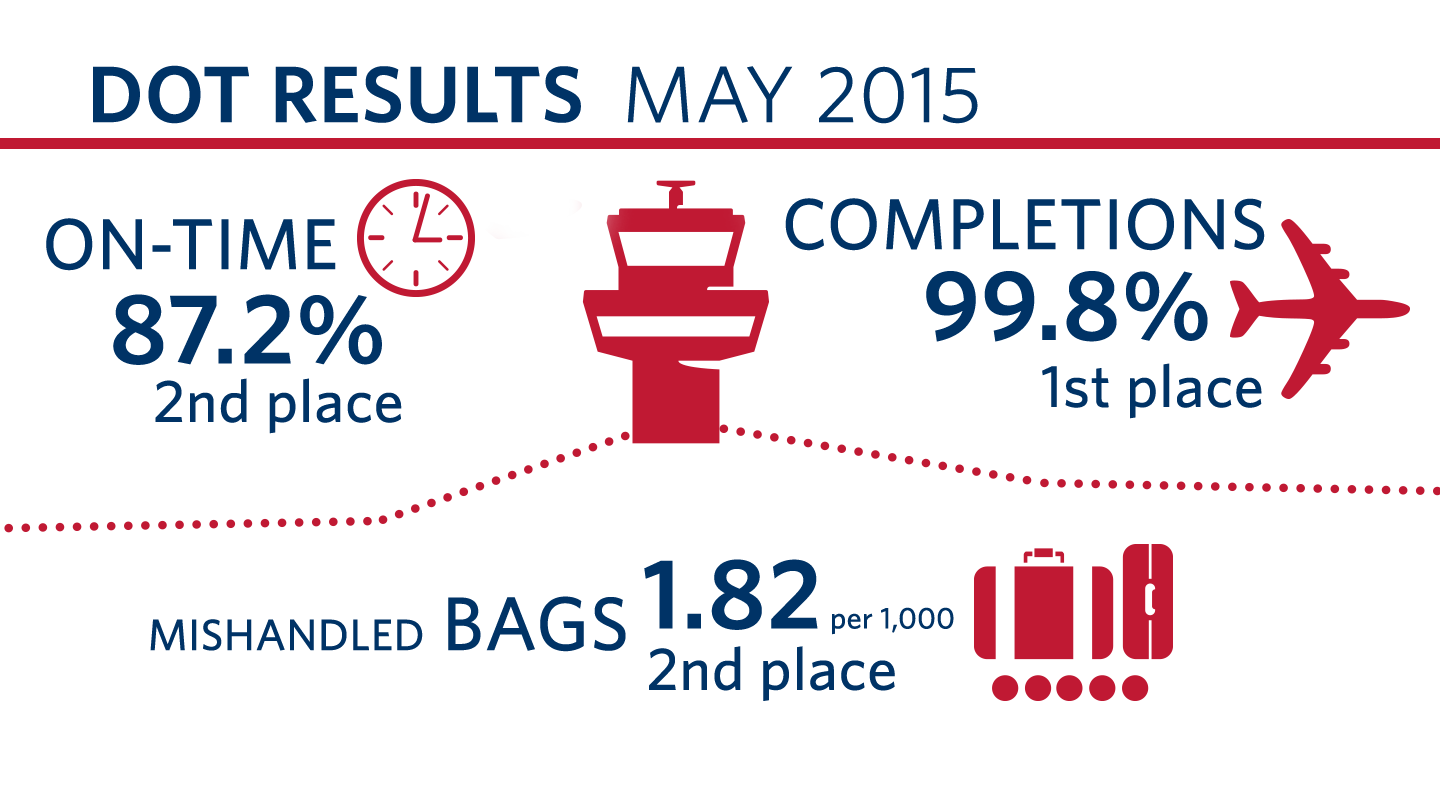 Delta excelled compared to most of its competitors in key operations metrics in May, according to U.S. Department of Transportation numbers released this week.

Every month, the DOT issues its Air Travel Consumer Report, which presents nearly 30 pages of airline operations statistics from 13 reporting carriers based in the U.S. There is a two-month lag in the DOT’s report but it does contain helpful detail about an airline’s reliability and other things, like baggage handling and rates of complaints, that consumers care about.

Here are the highlights:

Delta is ready when you are. On-time arrivals clocked in at 87.2 percent, ahead of four airlines in the competitive set and more.

Delta baggage doesn’t have baggage. Delta people drove a mere 1.82 mishandled baggage reports per 1,000 customers. The DOT says Delta flew more than 12 million customers during the month, outperforming the U.S.-based global competitors and all but two of the 13 airlines reporting to the DOT.