Hispanic Heritage Month: An opportunity to learn – and teach – about culture and contribution 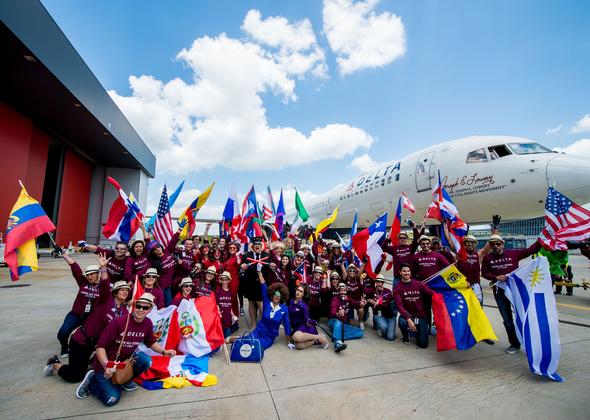 It was 1989 when a young Julieta McCurry and her family of six uprooted their lives to move to Mobile, Ala. Like any teenager, Julieta had a difficult time moving and found herself often missing home – however, unlike her peers, home was thousands of miles away in Cordoba, Argentina.

Julieta’s family moved to the U.S. in pursuit of opportunities through the American dream. As a teenager who found herself immersed in a new country, new language and new culture, Julieta and her siblings longed to visit home before planting roots in the U.S.

Some 12 years later, after integrating into the country and experiencing 9/11, Julieta became a U.S. citizen. Although she loves the U.S. and has spent most of her life here, a piece of her heart still lies in Argentina.

Tuesday, Sept. 15, marks the beginning of Hispanic Heritage Month, which pays tribute to the generations of Hispanic Americans who enrich the U.S. every day. The month is an opportunity for the Hispanic community to be celebrated, recognized and heard – which is why Delta will be highlighting the perspectives of Hispanic employees and leaders throughout the month on our channels.

Julieta, now Managing Director - IFS Learning and Leader Development, incorporates into her daily life the Argentine culture that she grew up in - from her love of soccer and traditional foods like ‘asados’ every weekend (traditional Argentine barbecues) to her work ethic and resourcefulness.

“Family and friends are just so important to Argentines. That sense of community is such a big part our culture, well, that combined with a great piece of steak and a glass of Malbec,” said Julieta in an interview. “Argentina is a country that has been through a lot of political, social and economic unrest over the years – so we also have a sense of resilience and perseverance. I know the sacrifices my parents made to give us an opportunity for a better life, so that resilience and work ethic is just engrained in me.” 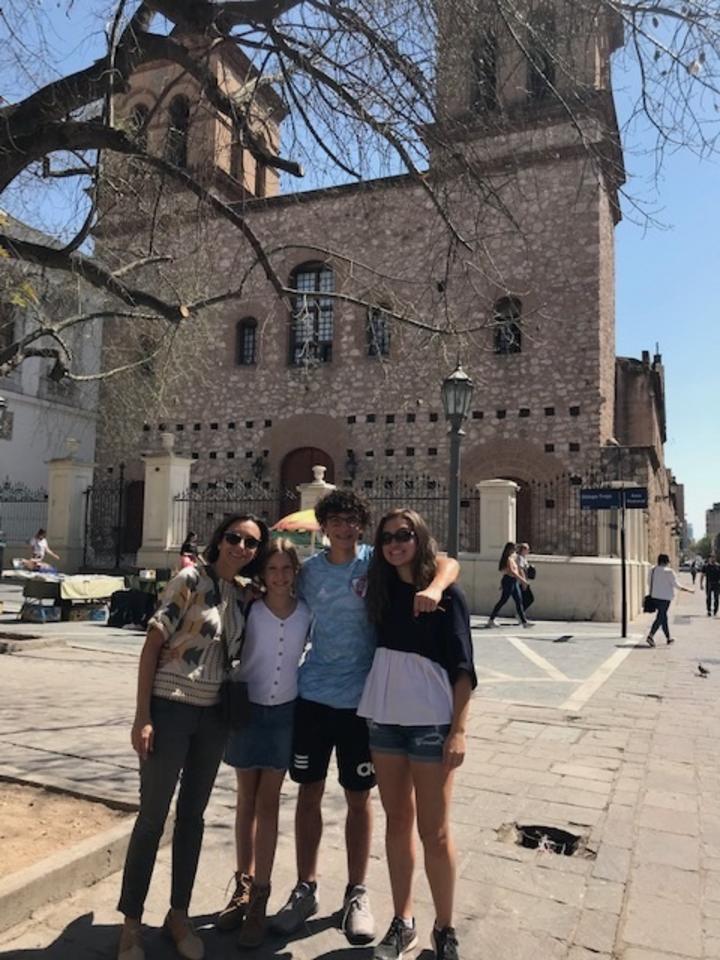 Julieta strives to make the Argentinian culture a part of her kids’ lives through the music she listens to in the car, the food she cooks at home and the values she teaches them day in and day out. She also ensured that her kids grew up bilingual.

“I always speak to my kids in Spanish, even though they were born in the U.S. They have trouble rolling their r’s – so I always poke fun at their Spanish accent, which in turn leads to them poking fun of my English accent,” said Julieta.

“Especially with everything happening in recent months with systemic racism and civil unrest, I see this month as an opportunity for people to learn about other people and their cultures,” explained Julieta. “*Hispanics are not a homogeneous group – each country is different, with its rich history, traditions and cultures.”

“There’s never been a more exciting time to be Latino, with the way we’re influencing every part of culture in this country, from singing and fashion to food and politics. We have the chance to help change the single narrative that seems to be played about us lately – regarding immigration and the other unfortunate labeling that comes with that.”

Despite having lived in the U.S. for most of her life, Julieta has often encountered blatant discrimination in her community – such as people telling her to “speak English” or “go back to your country” when running errands – in addition to **microaggressions.

“Microaggressions are harder to pinpoint or explain, but are rather felt,” said Julieta. “For example, my willingness to stand up for things has labelled me as a ‘passionate Latina woman,’ or my inability to find a perfect word makes people believe that I’m unable to thoughtfully participate in a conversation.”

“My current role at Delta has nothing to do with my ability to speak Spanish or my knowledge of Latinos. It’s helped me feel like I’m seen as a whole person in addition to carrying the skills within my demographic,” said Julieta. “This role has given me a platform for other Latinos to see that they too can be in these roles and positions of leadership.”

She also mentioned the progress Delta has made and praised the efforts we are continuing to make as we take meaningful action toward becoming an anti-racist, anti-discrimination organization. “I could not be more proud to be part of Delta as we make an effort to listen, engage in honest conversations, and take action with specific commitments. It’s just proof that this company has strong values and leaders that are going to make a change that benefits all diverse groups.”

About Hispanic Heritage Month at Delta

As we remain committed to diversity, equity and inclusion in the broadest sense, Hispanic Heritage Month provides us with an opportunity to celebrate, appreciate and create understanding by learning about Hispanic cultures. We’ll be taking this month to highlight perspectives from Hispanic employees and leaders on our channels and represent Delta at the Hispanic Corporate Council of Atlanta’s annual forum.

The Hispanic community is a significant part of the Delta family, employees and our customers. Hispanic employees currently represent 10.4 percent of our domestic employees and 8 percent of our domestic leaders at Delta, as we hold ourselves accountable to create measurable progress and drive these numbers upward. Delta’s Hispanic and Latin American customers appreciate our safe, reliable service and our warm hospitality – something that will help strengthen our network in Latin America and win over even more customers in the U.S.

*Hispanics refer to people of Cuban, Mexican, Puerto Rican, Dominican, South or Central American, or other Spanish culture or origin.

**Microaggressions are the everyday, subtle, and often unintentional interactions or behaviors that communicate some bias against historically marginalized groups.