Emotion and excitement flowed in three U.S. cities and Havana Thursday as Delta restored regular service to Cuba for the first time in 55 years. 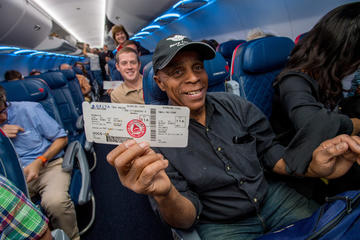 As the Atlanta flight prepared to depart, Diego, a Cuban-born customer who has lived in the U.S. since he was 18, explained what this day meant to him.

“You can’t imagine the emotion I feel right now to be (going) home today,” he explained. “When I got the email from Delta about flying to Cuba again, I called my mom in Cuba, and she just said, ‘Thank you, Jesus.’”

The arrival of the Miami flight in Havana was bittersweet for Flight Attendant Yadira Batista, who left Cuba 18 years ago after her family won a lottery allowing them to move to the U.S.

"I got emotional when we touched down," said the Miami-based flight attendant. "My birthplace is so close yet it feels so far away. I'm proud and honored to be among the crew that got to bring Delta back to Cuba after so many years." 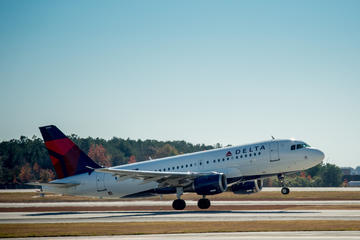 After the U.S. and Cuba began normalizing relations two years ago, Delta received approval earlier this year to fly between JFK, Miami and the world’s largest hub, Atlanta, and Havana. Flights from all three U.S. cities took excited customers to the Cuban capital Thursday morning.

Celebratory events were held in the U.S. airports before departure, but they were muted – and the events planned in Havana were especially so – because Cuba entered a nine-day mourning period after the recent death of the country’s revolutionary leader and icon, Fidel Castro.

Some scenes from the day:

Flight 448 from JFK arrived in Havana around noon after an on-time departure into sunny skies over Long Island. 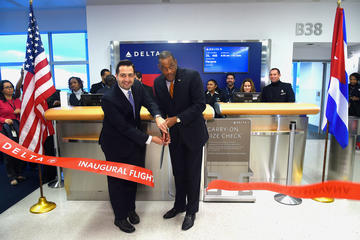 “The addition of Havana to Delta’s international portfolio at JFK speaks to the strength of our position in this market, and we look forward to bringing our industry-leading operational performance, service, and products to Cuba from New York,” said Kuykendall.

Delta’s new service from New York links the second-largest Cuban-American population to Havana and adds to the 13 year-round Latin American and Caribbean destinations the airline already serves from JFK.

“This latest milestone is further proof our partnership with Cuba continues to drive economic growth and advance opportunity for New Yorkers,” said New York Gov. Andrew Cuomo. “Delta’s inaugural flight to Cuba will build on the progress we have achieved, while strengthening economic ties as our two nations enter a new era of cooperation, progress and innovation.”

Crew members and passengers alike shared stories of their connections to Cuba. 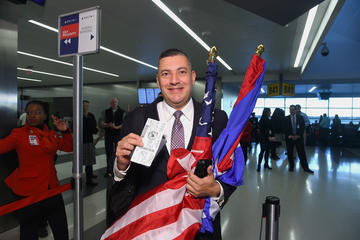 Flight Attendant Gisselle Suarez, who was born in Cuba in 1984, spoke as she waited for the flight to depart. When she was 10, amid an escalating economic crisis in the country, her stepfather built a boat in her family’s backyard, powered it with the engine from his car, and fled the country. Suarez and her family were rescued by the U.S. Coast Guard and spent four months in refugee camps before arriving in the United States.

“I’m just filled with joy and pride and gratitude today,” she said. “My heart is so full.”

Rafael Katz, a customer from Brooklyn, N.Y., was born in Cuba, moved to the United States as a child, and hasn’t been back since 2003. He said he was looking forward to visiting family in Havana. Another customer was planning to spend the next three weeks at one of Havana’s world-famous boxing gyms, known for training multiple Olympic boxers. “I’m not sure I’d describe this trip as ‘fun,’” he said. “I’m pretty sure I’m going to get my (butt) kicked.”

Pepe Zapata, Delta’s General Manager – Central America and the Caribbean, noted that in 1961, airline leaders told reporters they hoped Delta’s suspension of service to Cuba would be temporary. 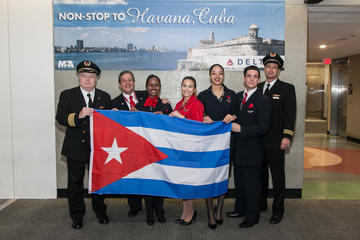 "History's perspective is all relative, but we are making history today. We are returning to Cuba after 55 years and are very proud of it."

Flight 625 out of Miami became the first regularly scheduled Delta aircraft to land in Havana since December 1961. The Airbus A320 heralded with a water cannon salute by the Miami-Dade County airport authority. Customers enjoyed Cuban coffee and pastries.

Customer John T. said Cuba had fascinated him for more than 30 years and jumped at the chance to be among the first to travel on scheduled service.

"I'm an architecture and classic cars enthusiast and it's really the one place in the world I haven't seen but want to," he said. 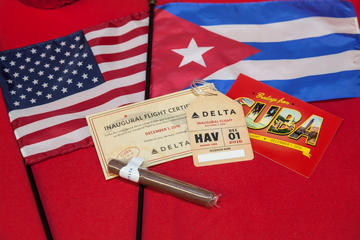 Delta whet customers’ appetites before they departed with a celebration at Hartsfield-Jackson International Airport including traditional Cuban cuisine and gifts.

“Today is a historic milestone for us. For Delta and its customers, the wait to get to Cuba is finally over,” Sear said. “There’s a ton of work that has gone on behind the scenes and hundreds of people involved to make this flight successful, especially when you’re introducing new international service. I want to thank the airport authority and all of our employees from around the system that have worked to make this day happen.” 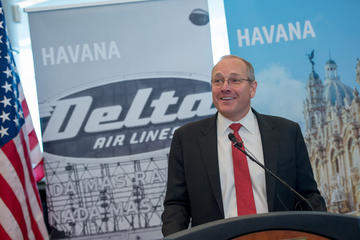 The flight held special significance to the flight crew, who all had ties to Cuba.

“I feel incredible to be able to be on this flight today. I can’t believe it,” said Hopie Acosta, a flight attendant who came to the U.S. from Cuba with her mother, father and sister. “We came to Miami when I was 5 years old. My sister and I wore our best dresses – it was the only thing we could bring with us.” This trip will be Acosta’s first trip back since she and her family left in 1962. 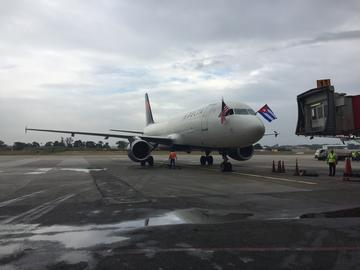 To applause by customers and crew, Flight 625 from Miami arrived ahead of schedule at 9:52 a.m. ET to Gate 13 at Jose Marti International Airport, marking the return of Delta to Havana after 55 years. The flight deck crew opened the cockpit windows to display the American and Cuban flags, which was followed by a ceremonial ribbon cutting to mark the occasion. For many of the customers deplaning, this was their first time stepping foot on the island - or a return after a long hiatus.

Meanwhile at the ticket counter and boarding gate, throngs of Delta customers waited in anticipation for the return flight to Miami. Cuban authorities who have for months been instrumental in Delta's successful return were on hand, even helping with the boarding process and passing out Delta-branded bag tags to customers.

This article was compiled from reporting by Delta communications staffers Elizabeth Wolf in New York, Morgan Durrant in Miami, Rachel Solomon in Atlanta and Michael Thomas in Havana, Cuba. 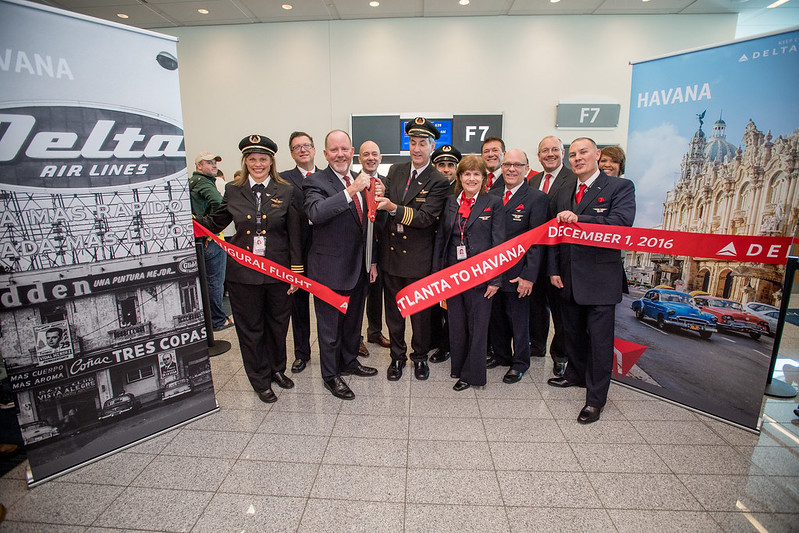