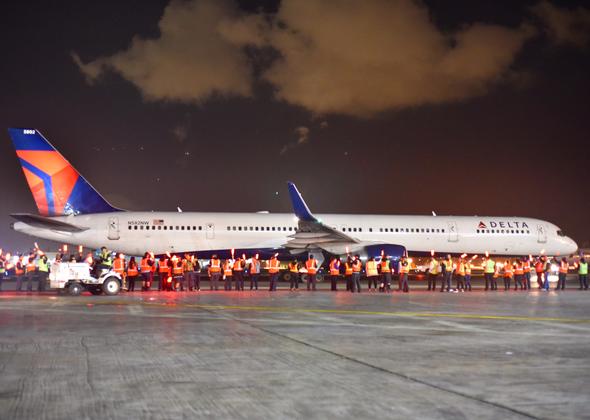 After just three nights of intense of work, Delta successfully completed the most challenging terminal move in commercial aviation history – shifting its hub operations from Los Angeles International Airport’s Terminals 5 and 6 to 2 and 3. 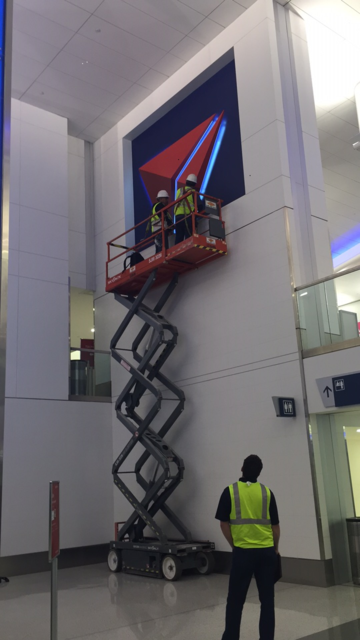 The epic process, which began just before midnight Saturday, was completed in the wee hours Wednesday. The last flight from Delta’s previous location departed Terminal 5 for Atlanta just after midnight Wednesday, sent on its way by Delta employees waving wing-walker wands in the darkness.

“Thousands of people came together to make this extremely challenging move happen: 4,000 L.A.-based employees, hundreds of designers, architects and builders, and hundreds of Delta employees and volunteer employees from Atlanta and across the system,” said Ranjan Goswami, V.P. – Sales, West, who led the move. “This incredible work will allow us to begin the investment to create the best LAX experience for our customers.”

The terminal shuffle involved 15 airlines in all, and required Delta to operate out of all four terminals for several days. Wednesday morning, Delta began operating from 2 and 3 exclusively, clearing the way to the Delta Sky Way at LAX, Delta’s $1.9 billion plan to modernize and connect Terminals 2, 3 and the Tom Bradley International Terminal at LAX over the next seven years.

In the short-term, moving Delta’s operations closer to its partners has already improved its flight departure times and substantially lowered the time aircraft need to taxi before takeoff and arrival at the nation’s second-busiest airport. The move put Delta closer to runways and farther from the airport’s other largest global carriers, United and American.