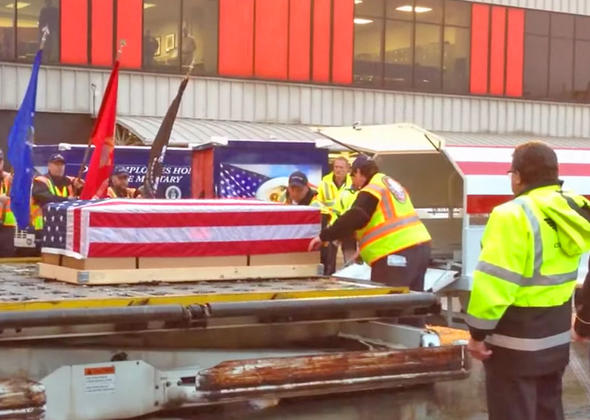 As our plane pushed from gate A19 in Atlanta, I saw a man standing on the ramp. He was prominently holding the American flag, paying tribute as our aircraft slowly taxied by.

Despite the hustle of ground vehicles and airplanes, time seemed to stand still as the flag gently waved in the breeze.

Beneath our feet, a fallen hero in a flag-draped casket was being escorted home to his final resting place. 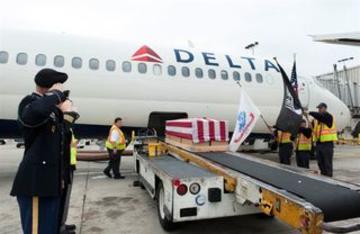 Brian M., the man who stood until our aircraft passed out of sight, is a member of the Delta Honor Guard and represents the airline as it helps carry home the remains of America’s service women and men.

“For nearly a decade, I’ve stood alongside a dedicated group of Delta Air Lines volunteers rain or shine to pay respects to our nation’s fallen heroes as they transit through the world’s busiest airport. As a member of the Delta Honor Guard, we take great pride in the humbling task of making sure the remains of these military fallen are well cared for as they make their way home.

The ceremony is somber yet dignified as we pull the casket from the belly of the aircraft while displaying each flag from the five branches of the military behind the saluting hand of the fallen’s military escort. I recite a prayer while the remains are carefully secured in an awaiting, specially-made cart before turning to the escort to present with a Delta Honor Guard coin to be given to the fallen soldier’s next of kin.

It’s a sobering experience to stand in tribute while customers on board the airplane and in the terminal as well as the family and escort look on, but it’s our way of serving our country and ensuring our heroes are well cared for on their journey home. 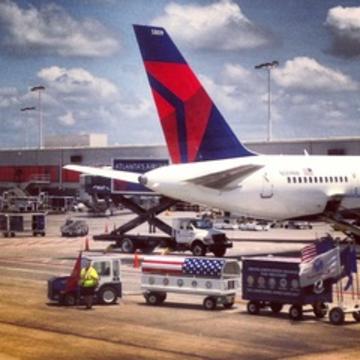 The women and men of the employee-led Honor Guard, many of whom have served in the Armed Forces, have helped transport home more than 3,000 remains through Atlanta’s airport. We’ve served soldiers of current conflicts as well as the repatriated remains of those from foreign conflicts in Korea, Vietnam, World War II and others. We also provide honorable tribute to first responders, firefighters and law enforcement.

I’m proud and humbled knowing our Guard has grown to include other Delta markets including Minneapolis, Detroit, Salt Lake City, Los Angeles and Washington D.C.

I came from a family of servicemen. My father and uncles all served and my eldest son today continues his active duty service in the United States Air Force. I have never had the honor of service but this is my way of serving and my way preserving the dignity and honor of those who have served.”