In partnership with Wellspring Living’s Women’s Academy, Delta created an apprenticeship program for women who have either been trafficked, experienced sexual exploitation or are at-risk.
DELTA NEWS ON THE GO. Subscribe and follow.

With a mission of bringing the world closer together with empathy and humanity, our fight against human trafficking includes efforts beyond raising awareness – like supporting education, prevention and restoring lives. 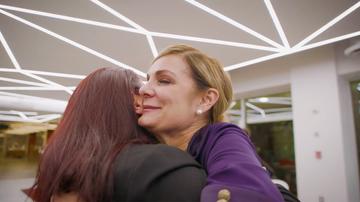 In partnership with Wellspring Living’s Women’s Academy, Delta in 2018 created an apprenticeship program for women who have been trafficked, experienced sexual exploitation or are at-risk. These apprenticeships help survivors overcome feeling confined or defined by their stories and offer career skills, mentorship and critical work experience to help them chart a course to new opportunities.

One of our apprentices, Jessica, was acquainted with Delta long before she set foot on our Atlanta headquarters campus. She was still living the life of human trafficking when she met one of our flight attendants, Tammy, who uses her spare time to mentor. Jessica confided in Tammy, who then connected her to Wellspring, which eventually placed her at Delta.

On Wednesday, Jessica shared her story with the Delta family at our annual rally against human trafficking. On Friday, she boldly shared her story from a podium at the White House Summit on Human Trafficking with Advisor to the President Ivanka Trump.

“I thought [being exploited] was just the way that life was supposed to be, until about five years ago – I met a woman named Tammy, a Delta flight attendant, who has worked with women inside the jail where I was incarcerated. Tammy realized I was a victim and not a criminal, but I was facing 25 years in prison. And after two years of fighting for me, the judge as well as the state-wide prosecutor was able to say that they agreed to send me to a program so that I could have a chance at life,” Jessica said.

“It is still hard, but five years ago, I had no hope. My hope wouldn’t have even happened without God. And so many people like Allison, Tammy, Andrea, and of course, my mentor who is not with me today. Today I’m filled with hope and wanted to share my story of hope for the thousands of kids and women who are being exploited.” 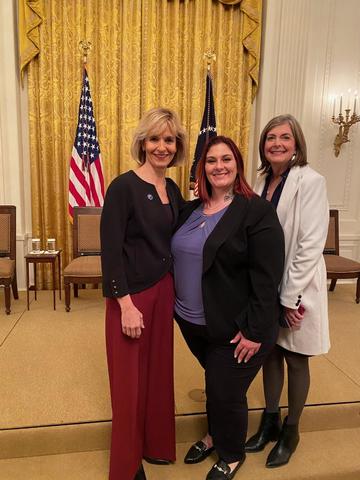 The former Delta apprentice was then invited to join President Trump in signing an executive order that will expand his domestic policy office with a new position solely focused on combating human trafficking.

“The journey that she’s been on is unreal. She’s an inspiration to me, and Jessica is the reason we need to get more people onboard. She is one of the most courageous women I know and one of the most inspiring,” said Allison Ausband, Senior Vice President – In-Flight Service. “We have to hear these stories and we have to let them inspire us to go and get more people on board [Delta’s fight against human trafficking].”

Beyond building resumes, the apprenticeships create a space where survivors are treated as equals by keeping their history private, helping participants trade the identity of human trafficking survivor for new titles: specialist, colleague, friend. Delta has hosted seven apprentices since October 2018.

“To be a part and offer an apprenticeship – there’s no better thing we can do,” said Ausband. “It’s an honor.”

It’s a charge that is being driven by Delta people at every level of the company, in every division. In fact, the Wellspring partnership is driven by Delta’s Flight Operations division, which has contributed $25,000 to the program for two consecutive years.

About our Fight Against Human Trafficking 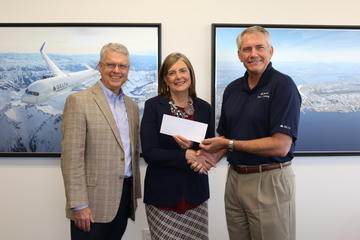 We have committed $2.5 million to the anti-trafficking experts at Polaris, in support of the U.S. National Human Trafficking Hotline, and they have seen a 36 percent increase in contacts from victims since Delta’s original donation. In partnership with Polaris, we’ve also developed training for employees to identify and report human trafficking. So far, over 86,000 Delta people have been trained, and we aim for the remaining 4,000 to complete training by mid-year.