How Delta picks Hollywood hits & must-see TV for in flight

Pop the popcorn and roll out the red carpet. Movie and TV buffs have a new reason to celebrate.

Delta Studio, the airline’s industry-leading in-flight entertainment system, consistently provides the best depth and breadth of content in the skies, from its lineup of best picture nominees during awards season to having nearly all of the top-grossing recent box office hits in its repertoire. And by July 1, all of Delta’s movies, TV shows and more will be free.

The science behind the movie selection process is a mix of market research and even a little Hollywood magic. 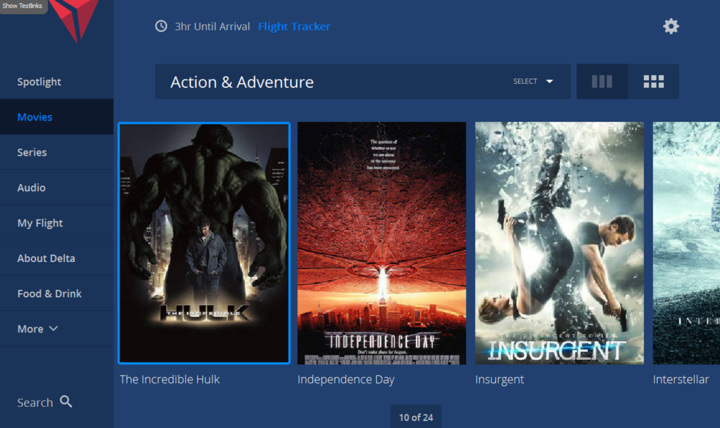 The content is chosen to appeal to a wide audience, from the latest family-friendly flicks like “Zootopia” to the critically-acclaimed TED Talks series to Oscar-nominated films like this year’s best picture winner “Spotlight.” Comedy is the most popular featured content and action/sci-fi follows in second place, while drama comes in at a close third.

Each movie is chosen by a team under the Delta Marketing umbrella along with entertainment management agency, Spafax. There are separate groups within the team that focus solely on movies, TV, music and games. A combination of factors goes into each selection, including box office success, social media buzz and international appeal. The films are screened and then a recommendation for which content should be loaded onto the IFE system is determined.

Delta has a partnership with most of the major movie studios to add fresh content typically three months after a film’s theatrical release. New releases are added on a monthly cycle while older content is phased out, but there are some exceptions to the rule, such as Oscar-nominated films. TV shows, music and games follow similar cycles.

There is a wide variety of native language content and subtitled/dubbed content available in a multitude of languages, including Japanese, Mandarin Chinese, Portuguese and Spanish. For example, if you’re flying to France, “Amelie” will likely be shown on board in both English and French. 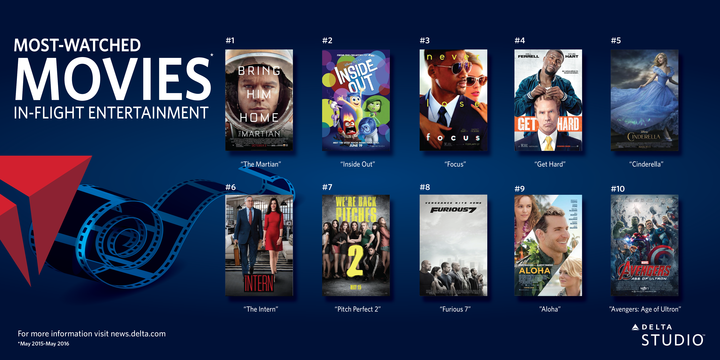 Delta Studio will be free for all customers on two-class aircraft beginning July 1, which equates to nearly 90 percent of the airline’s fleet. The industry-leading in-flight entertainment system currently offers up to 300 movies, 750 TV shows, 100 foreign film titles, 2,400 songs, 18 channels of live satellite TV on select aircraft and a selection of games on aircraft with seat-back entertainment systems.

“Delta operates the world’s largest in-flight entertainment-equipped fleet, and we’re proud to provide all Delta customers complimentary access to our exciting library of movies, television, music and other entertainment,” said Joe Kiely, Managing Director - Customer Experience & Product Development. “This is another step in our commitment to provide customers with the best on-board experience in the industry.”

So on your next flight, be sure to check out these new releases on Delta Studio: 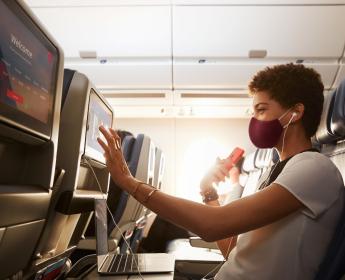 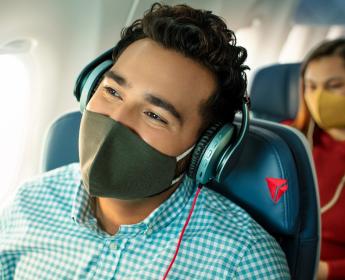