How a pilot got her wings, time and again 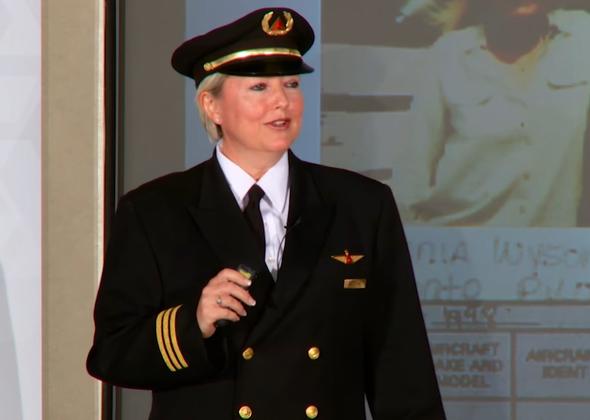 Aviation has been in Toni Wysong’s blood for generations. She was the granddaughter of a World War II Royal Air Force pilot, and like him, she dreamed of her own aviation career. But during a time when there were very few female pilots, Wysong would have to pave her own way to pursue her dreams. 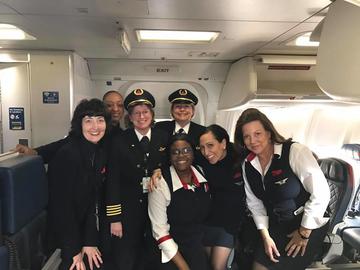 Wysong, now an Assistant Chief Pilot at Delta, overcame many obstacles to reach her goal, and logged another milestone last weekend when she flew her first all-female flight.

In a recent TEDx Talk, Wysong discussed her path to success as well as the setbacks she experienced along the way.

“Success has many different faces,” Wysong told the TEDx audience in Atlanta. “Sometimes success is just about following through. Sometimes success is breaking through those barriers that have held you back for so long. Success, like failure, is seldom an overnight experience. It happens one day at a time.”

Wysong began her career by becoming a flight attendant, serving customers on aircraft she only dreamed of flying. It was years later when she finally got the push to she needed to pursue her ambitions.

“It was a full seven years before I came across my first female pilot stepping out of the cockpit. I was flabbergasted and peppered her with questions,” said Wysong in her black and gold pilot’s uniform. “It was the gasoline to my smoldering embers. It led me on a 10-year frenzy to get what I needed to become a pilot.” 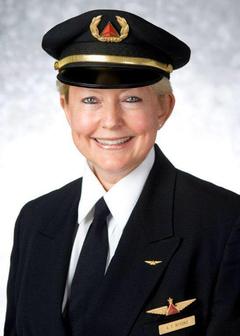 Shortly after that moment, Wysong took a leave of absence to begin her flight training – she got her private pilot’s license and later went on to earn other ratings and licenses needed to become a commercial pilot. To pay for her training, she taught others how to fly, worked various flying gigs and continued being a flight attendant on the weekends.

After years of hard work and stress, success was finally in sight for Wysong in 2001 when a small commercial carrier in Milwaukee hired her. But just three days later, the world stood still as it watched the tragedy of Sept. 11. Wysong was put on furlough.

“My dreams were on the floor, and our nation was mourning. In addition to crying for our nation, I was crying about the loss of my career,” she said.

Still, Wysong’s perseverance wouldn’t let her quit – six months later, she was flying again for a different carrier, and two years later, she would become a captain. In the following years, she had two children and was hired by Delta in 2007.

Then, four years into her Delta career, she found herself facing yet another roadblock – she was diagnosed with breast cancer. In addition to putting her health in jeopardy, the diagnosis meant losing her medical license, a requirement of being a commercial pilot.

“Cancer forced me to stop and take one day at a time. But I crawled to the top of the mountain that they call cancer, and I saw the finish line,” Wysong said. 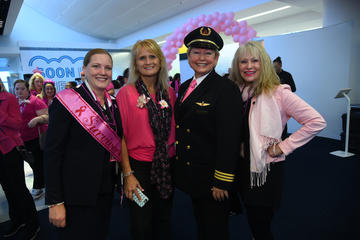 When she returned to work cancer-free, Delta asked her to represent the pilot group for the airline’s breast cancer awareness flight. She and other employee survivors danced, laughed and cried.

Now, in remission and having achieved the role of Delta’s Assistant Chief Pilot, Wysong left the audience with a bit of advice: