With thousands of flights a day, air travel will never be perfect. But it’s not the bleak picture critics are so quick to paint.

For example, MarketWatch.com missed the mark this week when it published a one-sided story provocatively headlined, “5 horrifying ways airlines are making flying worse.” 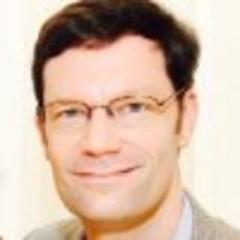 There are truths in some of Marketwatch writer Catey Hill’s assertions, but the piece's overall portrayal of the airline industry contains more fiction than fact. If we’d been contacted for the story, here’s what we would have said about how Delta is working every day to make flying better.

We’re investing more than ever in making travel better. We’re pouring billions of dollars into improving the customer experience. And customers are responding.

With more than 88 million customers so far this year and more than 70 days with no mainline cancellations, customer satisfaction numbers are up over last year, according to J.D. Power. What is expected to be our busiest summer ever also should be the best summer for customers in years.

About 90 percent of our seats recline. True, some don’t. For safety reasons, the FAA requires that exit row seats not recline, for example. On some of our aircraft, back row seats don’t recline because they are against a wall.

Customers have more choice than ever. Not only are there dozens of deep discount carriers, three national carriers and three global carriers in the U.S., Delta offers options to let customers pick what’s right for them. We offer among the most premium seats - First Class and Delta One - of any airline, and more customers are choosing them.

Today’s in-flight perks are remarkable innovations.  From First Class and Delta One’s chef-driven meals and expertly curated wine lists to artisan gelato and healthy packaged snacks, in-flight food rivals what we find in great kitchens on the ground. Legroom options are no longer limited to two classes with, at best, a cradle seat: Delta One seats lie flat for long-haul flights; and Delta Comfort + offers up to 4 inches more legroom. Where seats have necessarily become narrower it is by fractions of an inch on single aisle planes that are, well, narrower. Armrests haven’t gotten smaller.

The list goes on: Personal screens with access to new-release movies and popular TV shows. Wi-Fi on aircraft. Carry-on valet. Flight information and changes at your fingertips through the Fly Delta app.

This is all made possible by Delta’s extraordinary workforce of 80,000 worldwide. The company invests in its employees and they provide a level of service that customers thank us for every day in person, through email and on social media. Is every interaction with millions of passengers flawless? No, but those customer satisfaction scores are telling. That improvement is due in large part to our employees’ dedication.

Bottom line: In the past several years Delta has spent billions investing in its customers’ onboard experience, and in upgrading aircraft and facilities across the world, in places such as New York City, where we are the leading airline, Seattle and Los Angeles.

We did those things to better serve our customers. In myriad ways, their experience is improving.

That’s something we would have gladly talked about, had we been asked. Ms. Hill, be on the lookout for an invitation to our headquarters to see for yourself.

Charles Gay is the Editor of Delta News Hub.