'I will do whatever it takes to keep our freedom:’ Memorial Day Q&A with Kurt Robinson 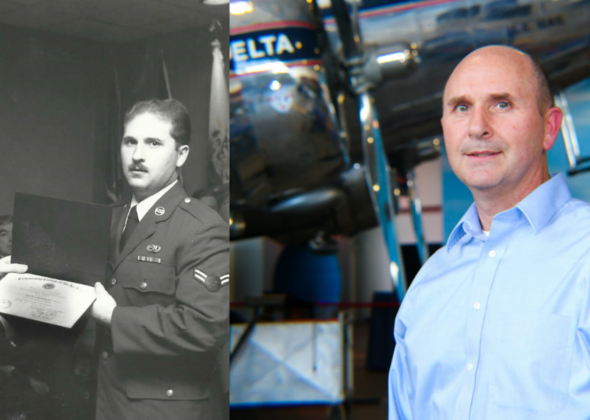 Download
In commemoration of those who died in the line of duty and to further emphasize the importance of Memorial Day, Delta News Hub spoke with Kurt Robinson, President of Delta’s Veterans Business Resource Group.
DELTA NEWS ON THE GO. Subscribe and follow.

Memorial Day has come to represent the unofficial start of summer with a long weekend, barbecues and shopping deals. However, it is important to remember the true purpose of the upcoming holiday – to honor and mourn the men and women who died while serving in the U.S. military. 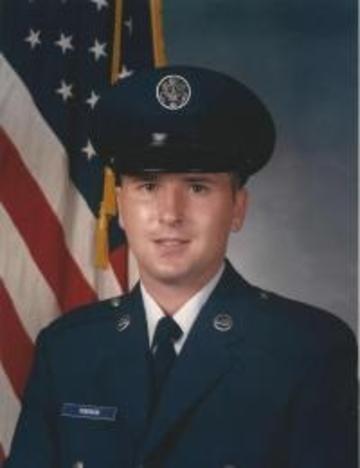 Delta currently employs over 12,000 veterans and has long been devoted to supporting the U.S. Armed Forces. From our commitment to hiring veterans and reservists to receiving the remains of fallen military service men and women through the Delta Honor Guard – we are honored to be able to give back to those who served and sacrificed for our country.

In commemoration of those who died in the line of duty and to further emphasize the importance of Memorial Day, Delta News Hub spoke with Kurt Robinson, Manager of the Receiving Inspection department and President of Delta’s Veterans Business Resource Group.

Before working at Delta, Robinson was a Sergeant in the U.S. Air Force and was a crew chief on KC-135 and B-52 aircraft. After serving for four years, he joined Delta as a mechanic working in the Boeing 727 overhaul bays, followed by a move into Inspection as a Preflight Inspector, and then ultimately into management. Robinson has now been with Delta for over 30 years.

What does Memorial Day mean to you and to other veterans?

Memorial Day is a reminder of all our brothers and sisters who gave the ultimate sacrifice, which allows us to enjoy the freedoms we have today. As a member of the armed services, all my brothers and sisters understand what it takes to say, 'I will do whatever it takes to keep our freedom,’ – and some gave the ultimate sacrifice for that. I personally keep a flag in my car on the center console to remind me about all our military members who gave their lives for the freedoms I have today.

What is the difference between Memorial Day and Veterans Day?

This is a great question, as the two days have a very different meaning. Memorial Day is a day we, as a country, come together to honor and remember the men and women who answered America’s call to service and paid the ultimate price. Veterans Day, observed in November, is the celebration for those who have served our great nation and returned home.

As a veteran of the armed services, are there any specific memories or people that you think of during this holiday?

Yes, there are three memories that come to mind.

Delta’s Honor Guard has transported service men and women of current conflicts, as well as the repatriated remains of those from foreign conflicts, such as Vietnam War, Korea War, even World War II. They have continued their work through the COVID-19 pandemic and ensure that fallen service members and their families are treated with respect and honor when they pass through a Delta facility. Learn more about the Delta Honor Guard and their ceremonies at the link here.

How can people pay their respects to our fallen heroes?

There are many ways people can pay their respects. Here are my favorite ways to honor those who have died serving:

What is the Veterans BRG, and why is it important to Delta’s culture?

The Veterans BRG is a voluntary employee organization made up of 1,400 veterans, active duty military, family members and friends who support our military. We are committed to making Delta a great place to work by engaging employees and serving as a resource for members, providing professional development and networking opportunities.

Throughout the year, Veterans BRG members volunteer at organizations that support veterans and their families including Fischer House, Luke’s Wings, USO, Folds of Honor, Congressional Medal of Honor Foundations, Toys for Tots and more.

Delta is firmly committed to supporting armed service members and veterans in communities nationwide. Learn more about these organizations and Delta’s commitment to them at the link here.

The BRG also works closely with our internal departments on long-term goals for new-hire veterans and building a great culture at Delta for all veterans during their Delta carriers.

Delta is a great fit for veterans transitioning out of the military. In the military, we treated each other with respect and looked out for each other like family. From my first conversation with my foreman, I realized Delta had the same culture. This made it very easy to fit in and looking back, it was something Delta people just did — treat everybody like family. Today we define this as the "Delta culture," and it's part of the reason our company is successful.