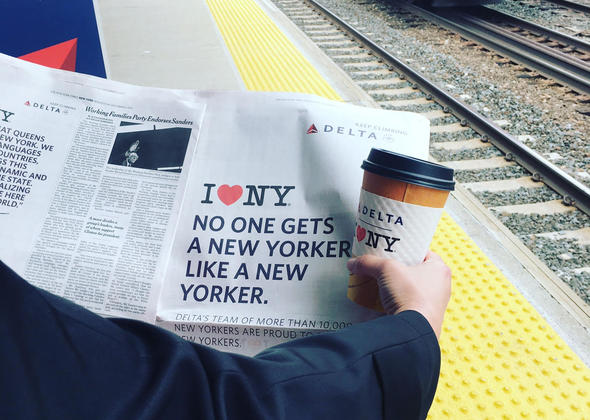 New York’s No. 1 airline continues to share the love via a high-impact ad buy in today’s New York Times for the publication’s readers upstate and throughout the metropolitan area. 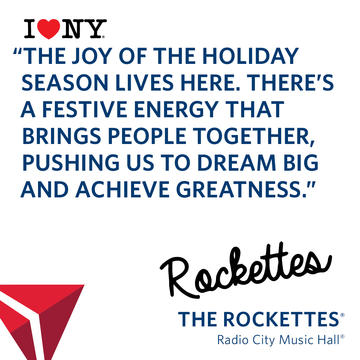 Teams of Delta brand ambassadors amplified the ad with giveaways of fresh coffee and free newspapers this morning at upstate airports in Buffalo, Syracuse and Rochester and at key stations on the Metro-North Railroad, a busy commuter line into New York City.

The quotes in the ads describe what each well-known New Yorker loves about the state. In the words of: 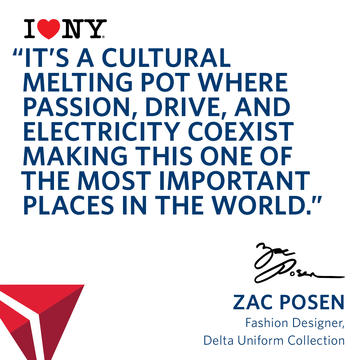 The partnership with Empire State Development’s Division of Tourism launched in September, when the co-logo was unveiled for the first time outside the New York Stock Exchange. The campaign then moved to a takeover at Grand Central Terminal, featuring ads that communicate the airline’s commitment to New York state through its sponsorships of iconic cultural landmarks and destinations, partnerships with the sports teams New Yorkers love, industry-leading network and product offerings, and ongoing commitment to continually improving travel in and out of the state.

Beginning this week, travelers around Manhattan can also spot the ads on phone kiosks throughout the city. Delta will continue to leverage the co-logo throughout marketing efforts in New York and beyond in 2016.

Delta has invested more than $2 billion in New York City’s airports during the past six years, leading the way in improving the traveler experience by bringing state-of-the-art technology, award-winning chefs and exceptional customer service to a growing number of New York passengers – more than 24 million in 2014.