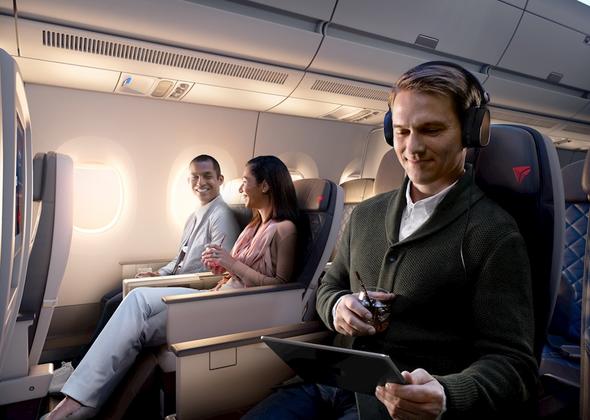 Customers can access Wi-Fi service with introductory pricing options that begin with one-hour passes for laptop users as low as $14 and $8 for mobile users or a flight pass option, which will keep customers connected throughout their flight, starting at $24.95 for laptop users and $14.95 for mobile users. All of Delta's 747-400 aircraft will have Wi-Fi installed by mid-2014.

"Our customers want to remain productive in-flight and that does not stop as they fly over U.S. borders," said Tim Mapes, Delta's senior vice president – Marketing. "Expanding Delta's Wi-Fi services internationally is another benefit of the investments we are making to improve the travel experience and give our customers exactly what they want."

Delta will complete the installation of Wi-Fi service on its entire international fleet by the end of 2015 including its Boeing 777, 767, 747, Airbus A330 and transoceanic Boeing 757 aircraft operating on international, long-haul routes. Delta and Gogo are in the final testing phase for Wi-Fi on the Airbus A330 fleet. The addition of in-flight Internet for more than 150 aircraft will expand the number of worldwide aircraft equipped with Wi-Fi to approximately 1,000 jets including all two-class regional, domestic and international aircraft.

Delta operates the world's largest Wi-Fi-equipped fleet of aircraft with more than 3,400 flights daily, including its entire fleet of 570 domestic mainline aircraft. More than 870 Delta aircraft, including all Delta Connection two-class regional jets, are equipped with in-flight Wi-Fi service offering more than 400,000 customers per day access to the Internet above 10,000 feet.

Today's announcement builds on Delta's industry leadership in exceeding customer expectations by being the first U.S. airline to allow customer use of portable electronic devices below 10,000 feet, opening the Sky Deck at Delta Sky Clubs in New York-JFK and Atlanta in 2013, being the only U.S. domestic carrier to offer personal, on demand entertainment at every seat on all long-haul international flights and offering flat-bed seating with direct aisle access in BusinessElite across its international widebody fleet by mid-2014.

Since 2010, Delta has invested billions of dollars in the customer experience including installation of full flat-bed seats on Delta's widebody international aircraft which will be complete by summer 2014, updated interiors with more baggage space and access to power throughout 225 domestic narrowbody aircraft through 2016, a new Terminal 4 at New York-JFK, Maynard H. Jackson Jr. International Terminal in Atlanta. Delta has also spent more than $100 million to expand, renovate and consolidate terminals C and D at New York-LaGuardia Airport. Additionally, customers have seen Delta's investment in its more than 50 Delta Sky Clubs throughout the system, power poles at dozens of airports, and mobile apps which include features such as baggage tracking.

Delta Air Lines serves nearly 165 million customers each year. This year, Delta was named the 2014 Airline of the Year by Air Transport World magazine and was named to FORTUNE magazine's top 50 Most Admired Companies in addition to being named the most admired airline for the third time in four years. With an industry-leading global network, Delta and the Delta Connection carriers offer service to 324 destinations in 59 countries on six continents. Headquartered in Atlanta, Delta employs nearly 80,000 employees worldwide and operates a mainline fleet of more than 700 aircraft. The airline is a founding member of the SkyTeam global alliance and participates in the industry's leading trans-Atlantic joint venture with Air France-KLM and Alitalia as well as a newly formed joint venture with Virgin Atlantic. Including its worldwide alliance partners, Delta offers customers more than 15,000 daily flights, with hubs in Amsterdam, Atlanta, Cincinnati, Detroit, Minneapolis-St. Paul, New York-JFK, New York-LaGuardia, Paris-Charles de Gaulle, Salt Lake City and Tokyo-Narita. Delta has invested billions of dollars in airport facilities, global products, services and technology to enhance the customer experience in the air and on the ground. Additional information is available on delta.com, Twitter @Delta, Google.com/+Delta, Facebook.com/delta and Delta's blog takingoff.delta.com. 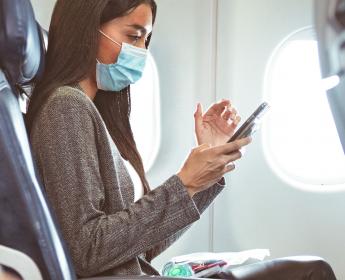