It's official: Delta is a proud A321 owner 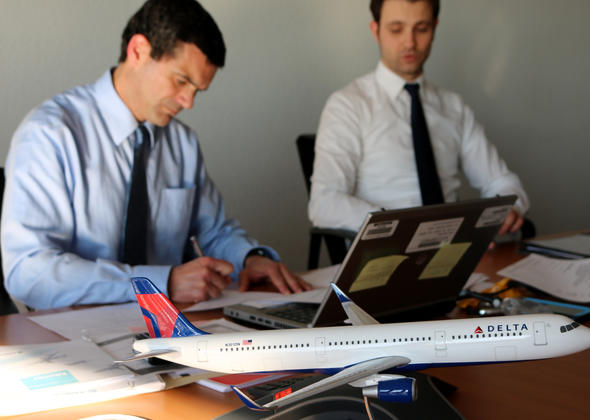 Not unlike a scene from a James Bond spy thriller—albeit without the dramatic music—representatives from Delta and Airbus met Wednesday in a non-descript office within eyeshot of the Delivery Centre at Airbus’ massive production complex in Hamburg, Germany, to officially take ownership of Delta’s first A321.

Inside a room named after famed female aviator Amelia Earhart, with laptops back-to-back on either side of a conference room table, pens at the ready and phones dialed to key stakeholders back in the United States and elsewhere, Brian Shea gave the thumbs up. Funds were transferred, inking the narrowbody jet purchase. 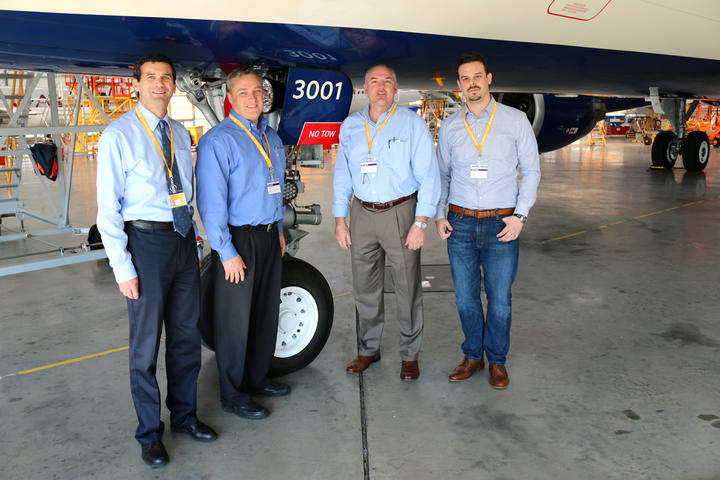 Shea and his colleague Scott Lambert, both from Delta’s Fleet Management group, took a careful review of aircraft documentation and signed a negotiated commitment letter protecting Delta’s interests, a certificate of acceptance and finally the bill of sale. A number of international documents were also signed and the aircraft’s registration, N301DN, filed with the Federal Aviation Administration.

With a ceremonial pop of a champagne bottle and handing over of a set of keys to the brand new jet, Shea and Lambert finalized the deal.

It’s a well-oiled process. Shea, in his 21-year tenure, has netted well over 100 new aircraft deliveries—including several Airbus and Boeing narrowbody and widebody jets. Lambert too has delivered more than 60 new and used aircraft in his career. 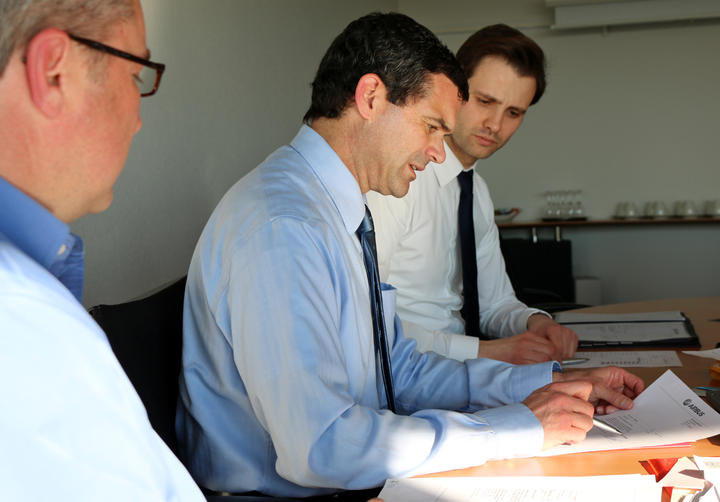 “Though it may seem relatively routine, purchasing a new aircraft, and in this case an entirely new subfleet for Delta, takes a team of passionate and devoted experts armed with their insight, craft and know-how from across the airline to make happen,” Shea said. “It’s a great aircraft with fantastic economics and cabin enhancements aimed at improving our customers’ flying experience.”

Lambert noted the final confirmation of purchase came only after years of guidance and support from the Delivery Team and a host of other divisions and key stakeholders throughout Delta.

“This has been a long time coming: from negotiating the original deal with Airbus and the engine manufacturer, working through the interior specifications and coordinating with our internal teams, but it’s a good, sound investment for Delta,” Lambert said. “It’s an exciting day.”

Coincidentally, some 5,000 miles away in Seattle, a similar process was underway. Delta Wednesday took delivery of a brand new Boeing 737-900ER—No. 55 of 120 of the twin-engine jets on order with the U.S. aircraft manufacturer.

Delta will take 14 more A321s this year, the majority of which will come from Airbus’ assembly facility in Hamburg, but Delta will soon begin delivering the aircraft from their new complex in Mobile, Ala.

Up Next: Capt. Dave Vorgias and Capt. Pat Haake, along with key members of the Delivery Team will board the twin-engine jet for a 15-hour trans-Atlantic crossing as Delta Flight 9970. Delta News Hub will be along for the ride as the aircraft has scheduled stops in Iceland and Canada before arriving in Minneapolis.