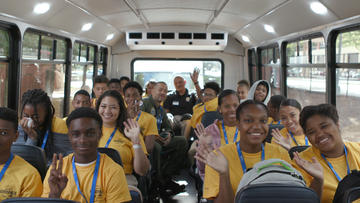 These are all opportunities that Delta’s partnership with the Organization of Black Aerospace Professionals (OBAP) has helped provide ambitious youth in the Metro Atlanta area and beyond for nearly two decades. Since its inception, more than 2,000 minority youth have been funneled through OBAP’s Atlanta Aviation Career Education (ACE) program via a trio of efforts:

“The airline industry as a whole is not as diverse as the marketplace reflects it could be in the future. At Delta we’re taking steps to do our part in changing that,” said Keyra Lynn Johnson, Managing Director — Global Diversity and Inclusion. “For us, investments in programs like ACE Academy, the Solo Flight Academy and the Dream Flight experience represent meaningful and tangible ways to show that our commitment is not just for how we can advance diversity and inclusion today, but what we can do to really sustain it for the future.”

ACE Academy is a weeklong effort that provides youth 13-17 valuable information and a behind-the-scenes look into the aviation and aerospace industries. Throughout the week, students learn about the history of aviation, complete flight simulator orientation and are exposed to the countless career opportunities in aviation via tours of Delta’s headquarters, the Hartsfield-Jackson Atlanta International Airport and Tech Ops hangar. 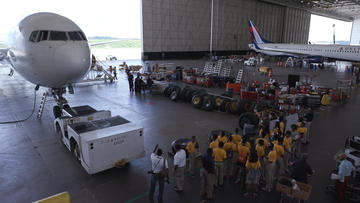 Over the course of two weeks, 16-19 year olds learn the fundamentals of aviation, receive up to 15 hours of flight training and for many, have the unforgettable experience of soloing their very first aircraft.

One of the highlights of both ACE Academy and Solo Flight Academy is Dream Flight — a day-long adventure to one of the country’s premiere aviation facilities. For the 19th annual Dream Flight, students flew to the Wright-Patterson Air Force Base in Dayton, Ohio to explore military aircraft, speak with Air Force professionals and visit the National Museum of the U.S. Air Force. 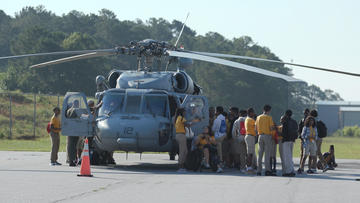 Changing the future of aviation

In the next decade, Delta plans on hiring more than 8,000 pilots via its new Propel Pilot Career Path Program. The initiative will identify and develop the world’s next generation of aviators utilizing a three-prong approach: college, company and community. ACE Academy falls under the community outreach prong of Propel, and will be utilized to inspire underrepresented youth in the Metro Atlanta area and beyond to pursue careers in the airline industry, specifically at Delta.

Nina Shack, a 17-year-old senior at North Cobb High School, hopes to be among those 8,000 pilots who join Delta in the years to come. And she’s grateful for the role that ACE has played in catapulting her to the next phase of her journey.

“Programs like ACE Academy and the Solo Flight Academy are helping me turn my dreams into a reality,” said Nina, a graduate of both programs. “It’s incredible how the programs break down barriers and pave the way for people interested in a career in aviation. I’m able to apply everything I’ve learned in the classrooms in the air, and seeing pilots that look like me has made me realize that I too can work for a major airline like Delta one day.”