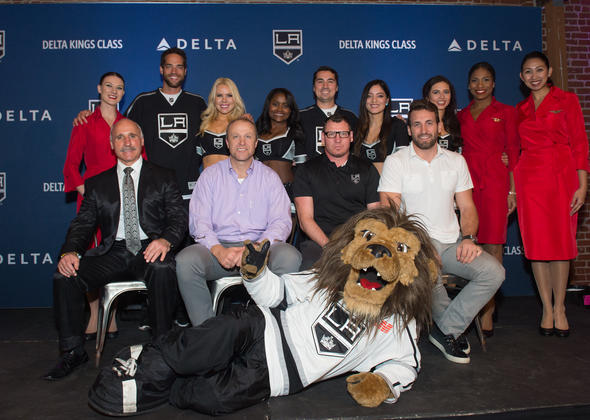 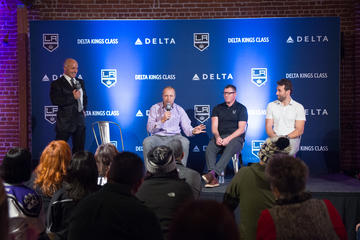 Delta, the Official Airline of the Los Angeles Kings, is giving fans inside access to the team on the ground and in the air with a series of events and first-class cabin takeovers through the new Delta Kings Class fan engagement program.

Despite a rare rainy day in L.A., more than 100 fans lined up outside 30 minutes prior to the event opening, chanting “Go Kings Go” in anticipation of the event. Once inside, Stoll, Evans and Armstrong participated in a discussion and Q&A moderated by L.A. Kings broadcaster and alumnus Daryl Evans, during which they shared stories from their playing days – including from the locker room and on the team plane – and weighed in on the Kings’ current season.

Four fans in attendance were randomly selected to travel to Denver on Tuesday in the exclusive “Delta Kings Class” cabin – taking over the entire First Class cabin – and were joined by Stoll and Evans on the flight. They attended Tuesday night’s Kings game in Denver in style with the former players. All guests at the first Delta Kings Class event pre-registered at www.lakings.com/deltakingsclass for the opportunity to attend the event and win the first-class trip to Denver.

The second Kings Class event will be announced in the coming weeks. 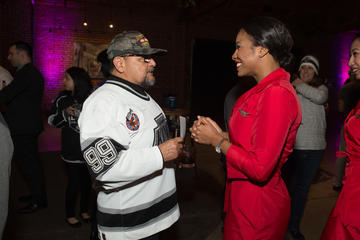 Delta’s partnership with the L.A. Kings and programs such as Delta Kings Class help to drive positive brand momentum and support Delta’s goal to be the airline of choice in Los Angeles. In 2016, Delta announced a new six-year, multi-platform agreement with AEG, the world's leading sports and entertainment presenter, which included the extension of Delta’s partnership with the Kings. The partnership includes sponsorship rights inside and outside the arena. Additionally, the Kings help promote Delta through digital, social and traditional media outlets. Delta also hosts Delta Day during a Kings game every season.
Related Topics: