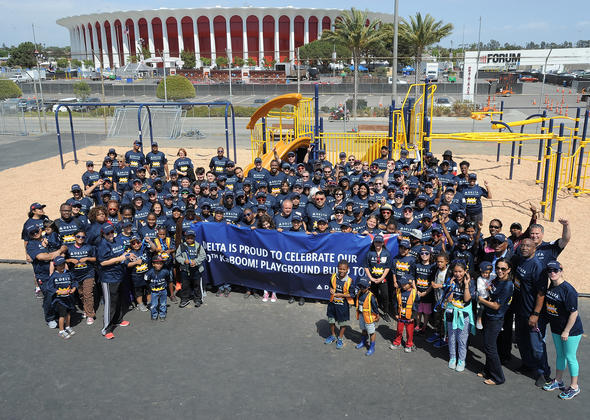 Kelso Elementary School in Los Angeles is the first community group this year and the 10th build in Delta’s partnership with KaBOOM! to receive a dream playground.

To date, Delta has built 10 KaBOOM! playgrounds in Atlanta, Detroit, Los Angeles, Minneapolis/St. Paul and Seattle. This year, Delta will build a total of nine playgrounds with KaBOOM!, including this past weekend’s build with Kelso Elementary School, bringing the airline’s total builds to 18.

KaBOOM! is the national non-profit dedicated to giving all kids – particularly those growing up in poverty in America – the childhood they deserve filled with balanced and active play so they can thrive. Since 1996, KaBOOM! has collaborated with partners to build, open or improve over 16,300 playgrounds, engaged more than one million volunteers and served 8.1 million kids.

Through its community outreach, Delta works to promote an improved quality of life for everyone in the communities it serves. 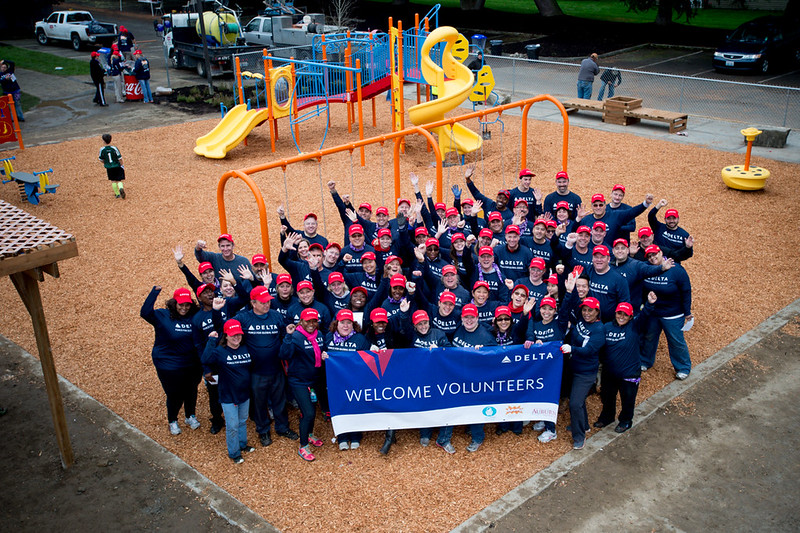 The photo gallery above showcases the first 10 playgrounds built through Delta’s three-year partnership with KaBOOM!