‘Love is in the Air’: Couple incorporates Delta into their dream wedding 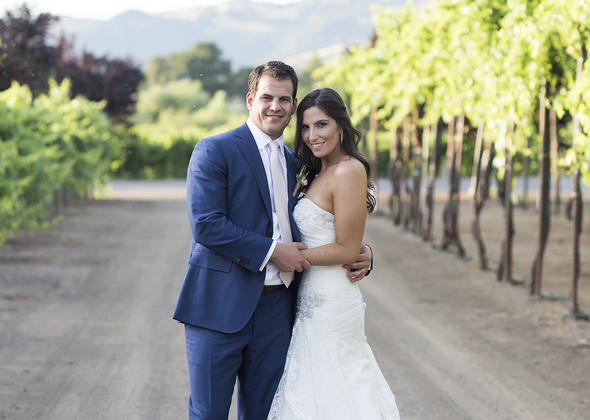 To call them frequent flyers almost doesn’t go far enough. Paul Reda and Joanna Weiss love to travel (and we mean travel A LOT), so it was no surprise that when they decided to get married, they wanted to incorporate their wanderlust and their preferred airline into their big day. Hence the aptly titled theme of their nuptials: “Love is in the Air.” 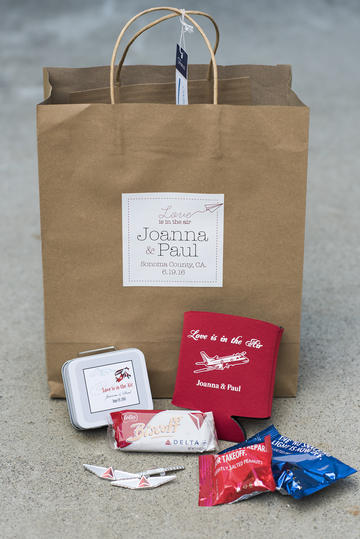 When they tied the knot this past weekend, all of their guests received a Delta “goodie bag” with a Delta luggage tag and wings, plus the airline’s signature Biscoff cookies, pretzels, peanuts and Tumi amenity kits. And in the same tradition they begin every Delta flight, the couple christened their marriage with a Delta One champagne toast.

“So many of our stories take place on Delta aircraft. On 99 percent of our trips, Delta has taken us there,” said Reda. “Plus, I know my SkyMiles number as well as my Social Security number.”

Australia, Capetown, Dubai, Vietnam… you name it, they’ve probably been there together. Reda and Weiss are both Diamond Medallion members, the highest rank in Delta’s SkyMiles customer loyalty program. Reda’s been a member since college, while Weiss got on board after they met at the encouragement of her hubby-to-be.

“At my bridal shower, my cousin asked me, ‘When did you know Paul loved you the most?’ And my response: when I hit Diamond status,” joked Weiss.

She’s kidding, of course, but there’s a small tinge of seriousness. Her groom is the textbook definition of what’s fondly referred to as an “av geek.” Basically, you wouldn’t want to face off with him on trivia night where aviation is the topic. He’s a million-miler on Delta, and even did one of his college projects on Delta TechOps, the airline’s maintenance, repair and overhaul operation. 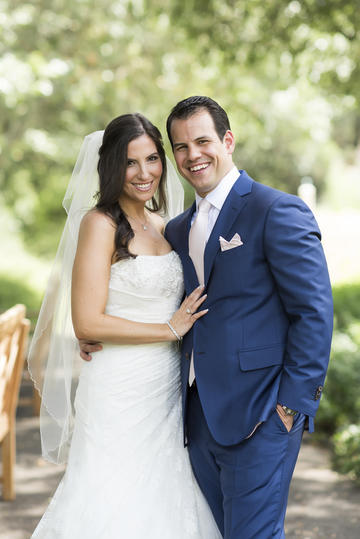 The couple met at an Emory University alumni function in New York nine years ago. Reda tried asking Weiss out but was rejected… much to his surprise. His persistence finally paid off (two years later!) when she agreed to go on their first date. Over the next several years, the two became closer and closer, racking up frequent flyer miles on Delta exploring the world together.

But their whirlwind relationship almost didn’t make it off the ground. Thankfully, Delta played a part in rekindling the romance.

A few years ago, the pair had planned on visiting London for New Year’s, but were on a “break” at the time. Reda decided he wanted to spend the rest of his life with Weiss, so he surprised her on the plane to Heathrow by buying the seat right next to hers. It wasn’t “The Wedding Singer” reunion he was hoping for, though. She wasn’t ready to take him back… just yet. They landed and went their separate ways for the remainder of the trip.

But when it was time to fly back to the states, fate intervened. A monster snowstorm forced the cancellation of all flights except one: hers. When Reda called to tell her the news, they decided to share a ride back to the airport to see if he could catch the same flight. Luckily, he was able to book the last business class seat on the plane. Weiss talked the gate agent into letting him sit next to her, and the rest, as they say, is history. 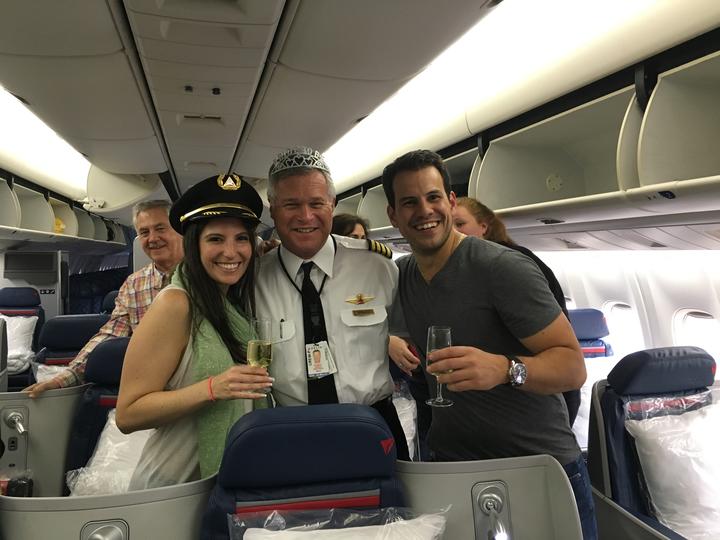 For the honeymoon, they’ll be visiting the Seychelles, Kenya and Tanzania. And the traveling itinerary for the rest of this year doesn’t end there. A few months later, they’ll be in Hong Kong and plan on returning to London for New Year’s.

“We’ve had so many great adventures together, and our wedding is just the start of another one,” the couple said.