The faces gracing the cover of this month’s Sky magazine represent the expanding global reach of Delta’s network, thanks to the airline’s groundbreaking partnerships with other carriers around the world. 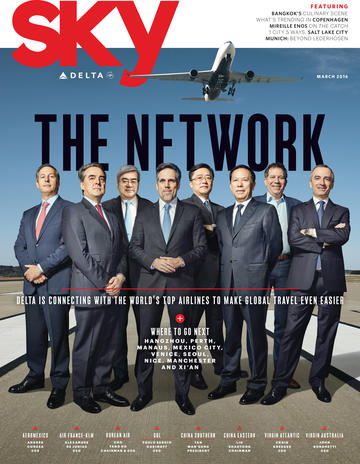 Delta’s alliances range from basic codesharing pacts – in which the airlines list each other’s flights on their reservation systems – to full-scale joint ventures that allow partners to jointly set prices and schedules and share revenue.

Over the past few years, Delta has dramatically reshaped the nature of its airline partnerships with more than $1 billion in direct equity investments. As a result, Delta is now the 49 percent owner of Richard Branson’s iconic U.K. carrier Virgin Atlantic and the 10 percent owner of GOL, Brazil’s largest domestic carrier.

Last year, Delta announced an equity investment of $500 million in China Eastern, which has a hub in Shanghai and serves the most destinations in the domestic China market. Delta also announced plans to acquire up to an additional 32 percent of Aeromexico’s outstanding capital stock, bringing the total investment to 49 percent.

As these airlines thrive and expand, so does Delta, and the commitment to provide the industry’s best, most reliable service to important destinations around the world remains a top priority. 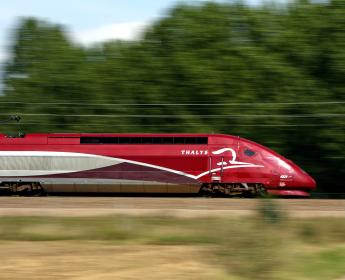