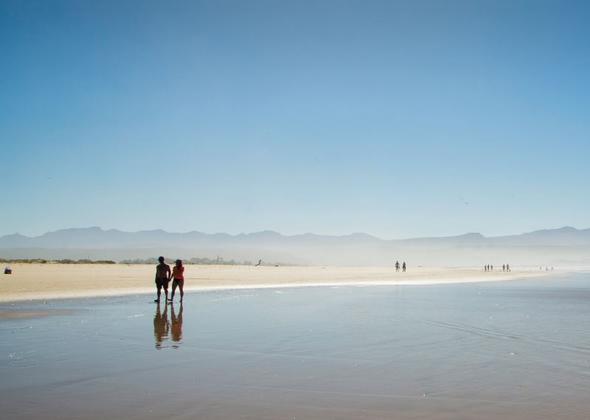 “Everyone else can go home because Delta Air Lines has officially won the niche marketing game.” 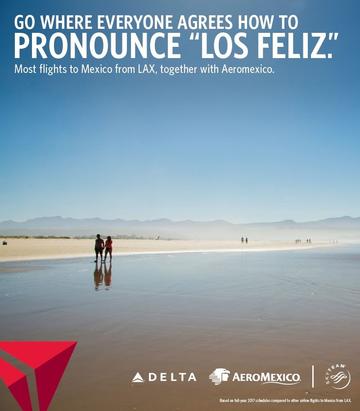 So says LAist, a popular blog that covers all things Los Angeles – from news and sports, to arts and events.

Last week, Delta launched a series of new ads in L.A. as part of a refresh of its Dream Up, L.A. ad campaign. A reporter for LAist was in the Los Feliz neighborhood of L.A. when she spotted one of Delta’s newest ads – which makes light of the fact that many of L.A.’s neighborhoods have names of Spanish origin (e.g. El Segundo, Los Feliz), yet Angelenos use an Americanized pronunciation instead of the more widely known Spanish pronunciation. The ad promotes the combined Delta/Aeromexico network from LAX to Mexico and includes the tagline, “Go where everyone agrees how to pronounce ‘Los Feliz.’”

“Delta creates connections for people around the globe, yet with our regional U.S. marketing, we understand the importance of being locally relevant to our eHVC audience. Embedding ourselves at the hyperlocal level in a market’s neighborhoods – especially in a city as sprawling as L.A. – is one way to do that,” said Julieta McCurry, Delta’s Director – U.S. Marketing Communication.

“Our latest creative infuses our network story – including our close partners like Aeromexico – with neighborhoods in L.A. to resonate in a strong way with Angelenos, who can appreciate and find humor in their not-so-intuitive pronunciation of local neighborhood names,” she added. 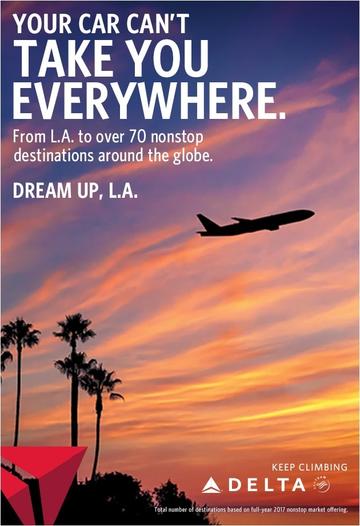 The LAist story sparked conversation in online forums FlyerTalk and Reddit about the endearing local pronunciations and their origins.

The latest ads are part of Delta’s Dream Up, L.A. campaign that launched in 2016. The campaign reflects how ideas that start in L.A., set off to take on the world – and how Delta and its global partners can help take those ideas further. The highly successful campaign resonated exceedingly well with Angelenos, helping to drive stronger brand preference for Delta in L.A.

While this particular ad plays off of the local pronunciation of neighborhood names, the campaign will continue this contextual approach in other ways, such as partnering with local and global artists in painted wallscapes throughout the city to inspire dreams to take flight; geo-targeting online ads to the Hispanic and Entertainment & Production industry audiences; and providing access to the city’s most popular sports teams and players through programs with the Lakers and the Kings.