Meet the meteorologist leaving a lasting mark on aviation

It might have been the extreme highs and lows of Minneapolis-St. Paul, where temperatures can swing 130 degrees Fahrenheit between the peak of summer and the dead of winter. Or perhaps it was the severe weather of the northern plains, where tornadoes, blizzards and thundersnow—yes, that's a real thing—are regular topics of conversation.

No matter where it came from, for Tom Fahey, Delta's Senior Meteorologist, the science of weather has been a lifelong passion.

In grade school in the 1960s — around the time NASA launched the first weather satellite — Fahey had his eyes trained skyward, not to airplanes but to clouds. Daily, he would record the high and low temperatures in a journal while noting the day's weather conditions. This curiosity would fuel a 40-year career providing forecasts for Delta pilots.

A trailblazer in aviation meteorology, Fahey retires this month, leaving what colleagues call "a legacy that will long surpass his career."

Fahey's aviation career began in 1977 after he had earned a masters in meteorology from the University of Wisconsin-Madison and decided one day to "pop into" Northwest Airlines, which happened to have a job opening. Fahey had not focused on aviation meteorology, which focuses on phenomena like upper air and clear air turbulence, wind patterns at 30,000 feet, volcanic ash clouds and space weather. He was quickly hooked. 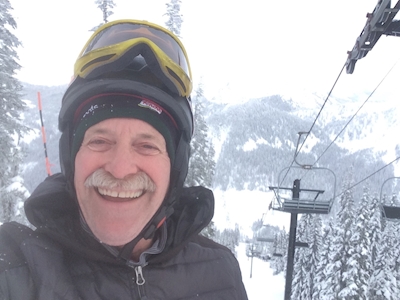 "I developed my deep passion for aviation meteorology as I learned on the job," Fahey said.

The airline soon began a period of transoceanic growth and meteorologists were instrumental the expansion's success. Airline meteorologists not only forecasted weather and winds at high altitude, they selected the best flight route, something done today by flight dispatchers. And they did it with pencils and paper maps, without today's powerful flight planning programs and sophisticated numerical weather prediction models.

"Everything was manual back in the 1970s," Fahey said. "Avoiding headwinds, catching tailwinds, turbulence avoidance, it was all done with a mix of your own experience and intuition along with very limited computer models; as well as raw data we got from pilot reports and from weather balloons sent up twice a day."

Flights arriving 20 minutes behind schedule due to an unexpected jet stream shift or change in upper air weather patterns were not uncommon. "That's unheard of now," he said. Satellite images were low resolution, and meteorologists didn't get the detailed, near-real-time perspective they are used to now.

In the 1980s automated flight planning was able to predict weather patterns to determine the quickest route. That brought change to aviation meteorology. "New and improving technology meant our biggest role at the airline was being phased out."

An eternal optimist, Fahey pivoted, finding new opportunities to support the airline. He turned his attention to better forecasting weather around airports and better managing snowstorms and irregular operations.

The challenge of turbulence

It wasn't long before Fahey and his team were producing local forecasts at airports 40 percent more accurately than the National Weather Service. They became experts in snow and ice, and developed forecasts to help the airline to use more effective strategies to remove them from aircraft. While other airlines shut down their meteorology departments, Fahey and his team began selling their expert forecast products to other carriers.

It was in thunderstorm and turbulence forecasting that Fahey and team left their biggest mark. As air traffic grew in the 1990s, so did congestion in the skies when bad weather hit. Thunderstorms had an outsized effect on the national airspace system. Forecasting convective weather was challenging while coordinating how the air traffic system would handle re-routing was in its relative infancy.

Fahey spearheaded the process to jointly produce thunderstorm forecasts between airlines and the FAA to better handle severe weather. The program still exists today. Despite significant advances in technology, satellite imagery and other enhanced tools, Fahey says it's a meteorologist's experience and knowledge that make the difference. Fahey and his team used that expertise to demonstrate it was safe to fly after a 2010 volcano eruption in Iceland shut down trans-Atlantic service.

Fahey and team similarly left a mark on turbulence forecasting. In the 1980s Fahey began testing a graphical turbulence forecast product that dispatchers would use in their new role of selecting flight routes. This product, and a number of improvements over the years, continues to be used by flight dispatchers today.  At that same time, Fahey began a detailed study of turbulence forecasting, especially mountain wave activity typically observed over the Rockies. Those practices are still in place and mean Delta has a better understanding of what conditions over terrain produce unstable air at altitudes where jets fly.

"Turbulence is still one of the next frontiers for aviation meteorologists to solve for," Fahey said. Getting a real time, graphical display of accurate turbulence data directly in the hands of pilots, he said, represents the next paradigm shift.

Today, Delta pilots have a taste of that through the airline's Flight Weather Viewer, which shows where the turbulence is along a flight's path and how severe it is, offering a smoother ride for customers and crew members. The technology will evolve as Delta's meteorologists and scientists improve their understanding of turbulence.

"Aviation meteorology has come a long way in the 40 years I've been doing this, but this is the kind of innovative thinking that will make the real difference for our flight crews and customers," Fahey said.

Fahey is leaving a lasting impact on the science of aviation weather and a foundation from which Delta's cadre of 25 meteorologists are poised to further improve the flying experience.

"Throughout his career, Tom worked endlessly to not only improve the safe and efficient operations of our airline, but also within the industry," said Stephanie Klipfel, Delta's Meteorology Supervisor. "He helped create new industry products and policy based on his meteorological experience and knowledge of airline operations. Internally, he trained pilots, dispatchers and others on weather products and conducted studies on turbulence and mountain waves. His efforts will leave a legacy that will long surpass his career."

Dave Holtz, S.V.P. – Operations and Customer Center, said, "When you look at the transformation of aviation weather forecasting across Tom's career, it's important to note he has been the leader and cultivator of change. His expertise and innovation are unparalleled within the industry. We can't thank him enough for all of his years of dedication to his craft and our airline."

For the humble Fahey, it was his endless curiosity that kept him going.

"We're all a bunch of weather geeks," Fahey said of himself and his colleagues. "I'm blessed to have had this opportunity to exercise my passion for meteorology and to spend my entire career learning and studying the science of weather alongside a fantastic and truly dedicated team."