When Tracy Tutor reached out to Memphis International Airport last year to ask if they had a program to help her 13-year-old son Branson overcome anxiety about flying for the first time, she expected a tour of the airport and perhaps a video to simulate flying. Branson’s family shared that he is high-functioning on the autism spectrum. 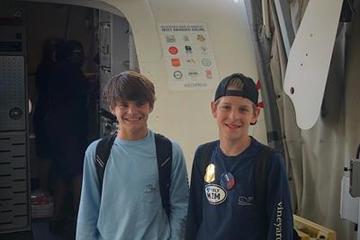 It wasn’t until she got a call from Kathy Graves Lee, Delta’s Memphis station manager, that she realized how far the airline was willing to go to help Branson. Lee and MEM administrative assistant Allison Kellon facilitated an in-depth experience, giving Branson a Delta backpack filled with toys to check through the TSA screening process. Lee and Kellon then ushered Branson through a jet bridge and they boarded an airplane to meet a flight crew, all while interacting with therapy dogs.

Fast forward to a couple months ago. Branson has five brothers and sisters in a family that enjoys traveling often, so Tutor was happy to hear him say he was ready to fly.

She booked a trip for him, his brother, Britton, and herself from Memphis to Indianapolis with a connecting flight through Atlanta and hoped Branson’s previous experience at the airport had prepared him.

“Overall, it lessened his fears of flying,” Tutor said of Delta’s efforts to get Branson flight-ready. “He never would have said he wanted to fly if we hadn’t been able to take him through the trial run process a year ago.”

The trip took place two weeks ago, and yet again Delta people pulled out all the stops to make sure Branson had the best experience possible when they heard he would be making his first flight.

Lee met Tutor and the boys at the Memphis airport and walked them through security. Therapy dogs, provided by the Exceptional Foundation of West Tennessee, sat with the family the entire time they were at the gate. The family took advantage of preboarding, which gave Branson time to get comfortable. 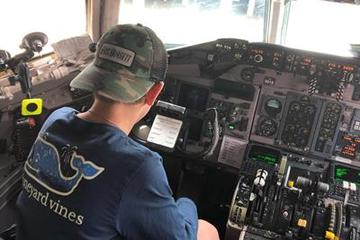 Stacey Trammell, Delta operations service manager, was waiting on the family when they got to Atlanta and offered them a quiet place at the end of the concourse to sit and relax. Finally, as they boarded their plane to Indianapolis, the captain let Branson sit in his seat as he showed him the controls and assured Branson of a safe and smooth flight.

Many bags of Cheez-Its later, Branson finished his journey without a hitch.

“We are happy to be part of this exciting milestone for Branson,” said Lee. “We really do connect the world better than anybody else by keeping people at the heart of operation and everything we do.”

After their successful trip with Delta, Tutor says this won’t be their last flight together as a family.