Delta today appointed two leaders to fill vacant positions in its international sales organization to support a growing network of routes in Latin America, the Caribbean, Europe, Africa, and the Middle East.

“We are pleased to add the expertise of two well-respected global professionals to these key roles on our sales team as we become an even more international company,” said Pam Elledge, Delta’s vice president – Global Sales and Distribution.  “Over the last year Delta has successfully added more than 50 new international routes around the globe with the support of more than 40 worldwide sales offices.  Moving forward, Christophe and Frank will play critical roles in the continuing globalization and expansion of Delta.”

Didier and Jahangir both have spent their careers abroad benefiting from both international education and experience.  Didier, a Brazilian and French national, is fluent in four languages and is a graduate of Ecole Supérieure De Commerce De Paris with a degree in international business administration.  Jahangir is a graduate of the University of Westminster in the United Kingdom with a degree in history and is fluent in two languages.

Delta Air Lines (Other OTC: DALRQ) offers customers service to more destinations than any global airline with Delta and Delta Connection carrier service to 292 destinations in 46 countries.  With more than 50 new international routes added in the last year, Delta is America’s fastest growing international airline and is the world’s leading carrier between the United States and destinations across Europe, India and Israel with flights to 29 trans-Atlantic destinations. To Latin America and the Caribbean, Delta offers nearly 400 weekly flights to 48 destinations. Delta's marketing alliances also allow customers to earn and redeem SkyMiles on more than 14,000 flights offered by SkyTeam and other partners. Delta is a founding member of SkyTeam, a global airline alliance that provides customers with extensive worldwide destinations, flights and services. Including its SkyTeam and worldwide codeshare partners, Delta offers flights to 461 worldwide destinations in 96 countries. Customers can check in for flights, print boarding passes and check flight status at delta.com.

Note: Images for news media are at news.delta.com 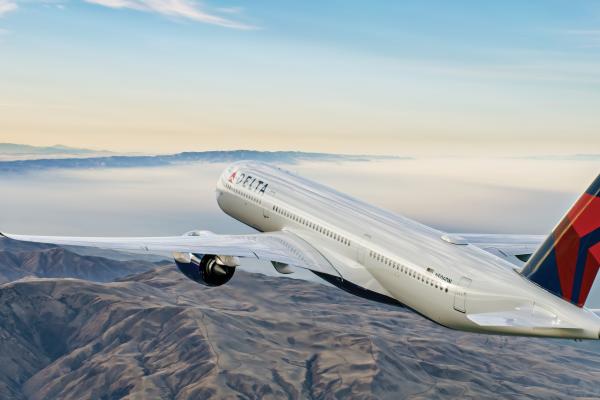