Delta’s latest wallscape at North 10th Street and Wythe Avenue in Brooklyn is highlighting the airline’s global network with a unique nod to each and every one of the destinations Delta serves from New York.

The mural, which launched last week and will remain through August 27, is adorned with playful yet intricate depictions of 133 airport codes—all of the destinations Delta serves from its hubs in New York, and the most of any other airline.

Each illustration by artist Celyn Brazier showcases something special about the city or town it depicts – LAX incorporates the iconic Hollywood sign, while ATL incudes a Coca-Cola element.

Earlier this summer in the same location, a selfie-ready mural featuring exotic locales invited millennial New Yorkers to “fake the trip until they make the trip” – and served as a popular backdrop for countless profile photos.

To promote the airport codes artwork, Delta’s social channels feature a geo-targeted Flipagram. There’s also a Snapchat filter and scavenger hunt, a Facebook shoppable post, and even an online store.

Read more: Delta brings street art from around the world to L.A. 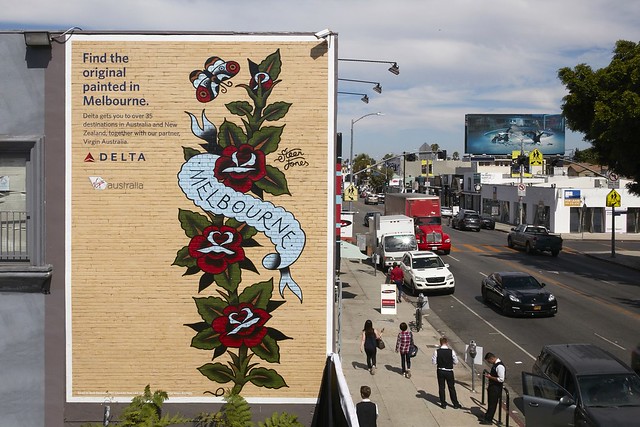