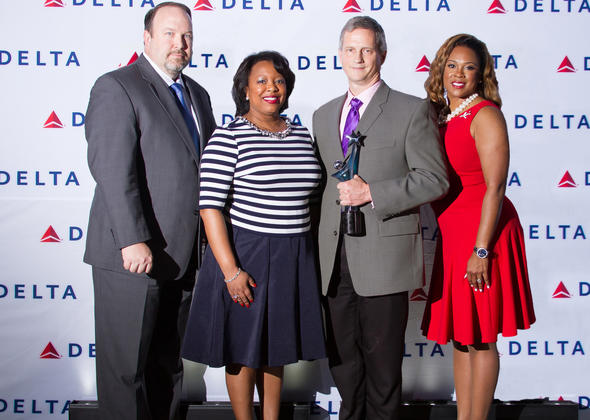 African-American suppliers have played an important role in Delta’s success. Black History Month provides an opportunity to highlight the many efforts of its suppliers and the history of the Supplier Diversity program.

Supplier Diversity began as an initiative to provide business opportunities to black suppliers in the 1970s, and has evolved over time to now include other ethnic groups, women, veterans and members of the LGBT community.

Here’s  a look at supplier diversity by the numbers:

Delta’s African-American partners span the entire spectrum of supply chain categories, ranging from advertising and transportation to maintenance and food services, supporting divisions across the company.

These industry-leading firms build terminals and facilities for Delta, install, operate and maintain mission-critical systems and technologies, supply logistical support that keeps the airline flying, and prepare delicious treats served to passengers all over the world. They are intricately involved in every aspect of Delta’s service.

Delta celebrates its African-American partners, and other diverse suppliers, each year at our Star Awards recognition program. For more information, visit delta.com/supplierdiversity.