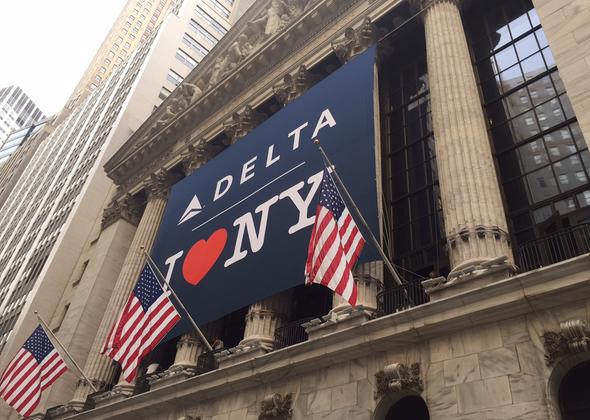 NEW YORK - I LOVE NY is one of the world’s most recognizable logos. Designed in 1977, it’s been used to promote tourism in New York for nearly 40 years. And beginning this week, Delta will spotlight its leadership as New York’s No. 1 airline by tapping into the iconic logo’s strength and launching a co-branded partnership with Empire State Development’s Division of Tourism.

The new co-branded logo was unveiled outside the New York Stock Exchange today, where Delta will ring the closing bell. In an interactive activation at the exchange, Delta will showcase its own New York partners, network and presence alongside New York’s Upstate tourism initiatives. 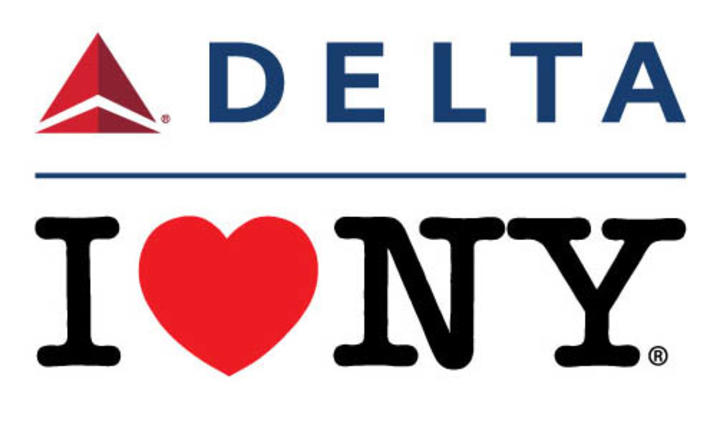 “When people take the time to experience New York, they fall in love and keep coming back – and that means more tourism and economic activity for our state,” said New York Governor Andrew Cuomo in a release. “This partnership will bring the I LOVE NY brand to new heights, and I am proud that our administration is partnering with Delta Air Lines to promote all that the Empire State has to offer.”

Delta will leverage the co-branded logo in a statewide, multi-faceted advertising campaign launching this week with a takeover at Grand Central Terminal, featuring ads that communicate the airline’s commitment to New York through its sponsorships of iconic cultural landmarks and destinations, partnerships with the sports teams New Yorkers love, industry-leading network and product offerings, and ongoing commitment to continually improving travel in and out of New York.

“I LOVE NY is a celebrated New York symbol, both here and around the world, and we couldn’t be more excited to associate our own logo with such an iconic brand,” said Gail Grimmett, Delta’s Senior Vice President, New York. “We are proud to have served New York since 1937, and with the investments we’ve made and the growth we’ve experienced over the past seven years, there’s no question now that Delta IS New York. This new joint logo signifies Delta’s commitment to this great state—not only at our airports, but also in our communities, where our Delta team proudly lives and works. We are grateful to Gov. Cuomo and his team for their support of this exciting new partnership.”

Delta certainly loves New York. The airline offers more than 500 peak-day departures to more than 130 destinations worldwide from its hubs at New York’s LaGuardia Airport and John F. Kennedy International Airport – including service to more destinations from New York state than any other airline as well as nonstop service to five continents.

Over the past six years, Delta has invested more than $2 billion in New York City’s airports, leading the way in improving the traveler experience by bringing state-of-the-art technology, award-winning chefs and exceptional customer service to a growing number of New York passengers – more than 24 million in 2014.

Delta is deeply embedded in the New York community, acting as the official airline of the Yankees, Mets, Knicks, Rangers, Madison Square Garden, Food Bank for New York City and the Whitney Museum, among many others.

In addition to the Grand Central takeover, the campaign will reach New Yorkers through street-level placements, airport assets, radio, digital marketing and social media. The campaign will promote borough-specific partnerships in each of New York City’s five boroughs before moving upstate to Rochester, Buffalo and Syracuse. Travelers from near and far will also experience the campaign, including at several New York airports with the co-branding at varying customer touch points, such as jetways and flight information screens, and on board through promotion in the annual New York edition of the Delta’s Sky magazine, available on all flights.