O say can you see by the dawn's early (f)light

Those were the words that rang out – or rather sang out – Friday night during Delta Day with the Mets in New York City. 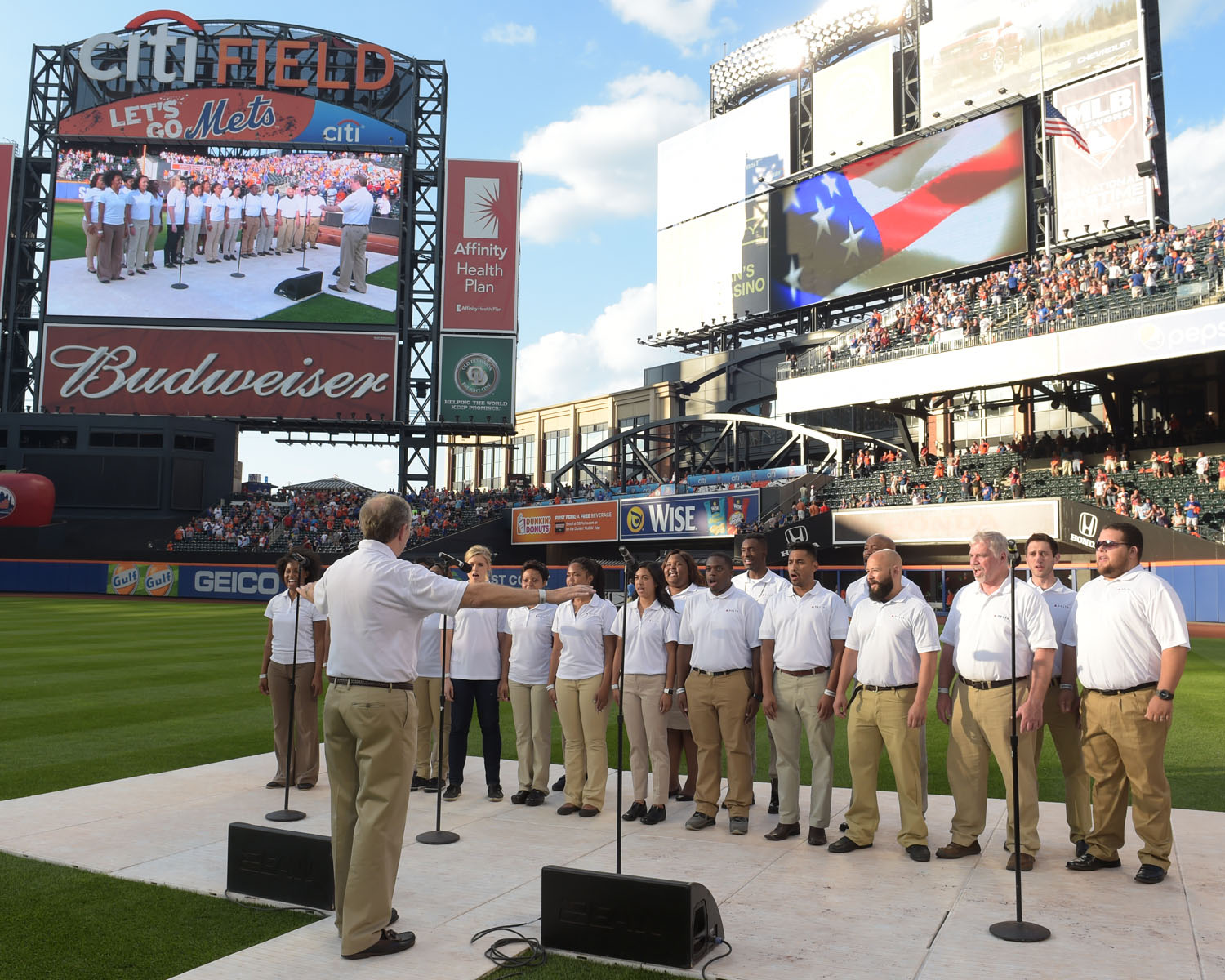 What’s interesting is the fact that this chorale group came together for the first time just prior to the 7:10 p.m. game time.

“I flew up and met the group at Citi Field on Friday,” said Craft. “Everyone came with their specific voice part already learned and memorized. We put all the parts together and gelled as a group. It truly was our debut.”

“Before the debut, tryouts were held over a course of two days, which included employees from LGA and JFK.  Airport Customer Service (above- and below-wing) and In-flight Service people auditioned,” said Dallas Bridwell, Project Coordinator—Marketing and Sponsorships.

In addition to NYC, there are chorales in Atlanta, Detroit, Minneapolis/St. Paul and Los Angeles.

“I auditioned all singers via phone,” Craft commented. “Some called from work, some from home – and some called on the ride home. The one farthest away called from a layover in Seattle.”

“Every one of them told me they were nervous,” added Craft. “I’ve heard everything from classical Vivaldi to Happy Birthday.”

Many auditioned but not all were picked. Selections were based on voice quality and musicality.

Game fans were treated to numerous Delta Dugout promotions and giveaways in the Sky360 Lounge and elsewhere throughout the stadium. Banner ads, ambassador Matt Harvey’s PSA, player signings – and more – were featured. Flight attendants and pilots were also on hand, encouraging guests to sign up for the Delta Dugout promotion on their iPads. The promotion has already signed up 21,000 supporters.

As the official airline, Delta flies the Mets to all its away games and back.