Standing idle in the Arizona desert, a beloved historic airplane was prepped for its ultimate journey – one final flight back to where it all began. The recently discovered Ship 717, the last remaining Douglas DC-7B - last flown by Delta more than 50 years ago - drew the eye of the Delta Flight Museum as staffers worked with the plane's owner to return the plane to its Atlanta roots.

During their heyday, Delta's fleet of 10 DC-7Bs brought luxury to the skies, even including a lounge in the rear of the cabin. With more power and range than its DC-7 counterpart, the DC-7B was outfitted with four Wright Duplex Cyclone R-3350 engines, developed shortly before World War II before being improved and widely adopted in commercial flying. In 1968, as the aviation industry increasingly turned to newer jet engines as the preferred airplane power source, Delta said farewell to our last Douglas DC-7 type aircraft and piston-engine propeller planes – including the DC-6 and Convair 440 series. 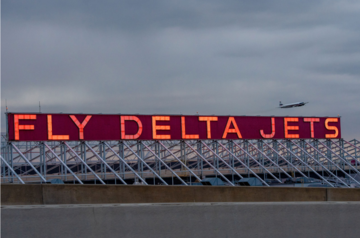 Still in prime flying shape after its Delta career, Ship 717 finished its flying career helping to fight fires on the West Coast before enjoying a sunny desert retirement in 2008. When the Delta Flight Museum became aware of the classic plane several years ago, the museum jumped at the opportunity to make the purchase.

In quiet Coolidge, Ariz., where summer temperatures near 110 degrees, mechanics spent days and nights making repairs, running tests, making more repairs, replacing multiple engines and testing all four engines again – all with the goal of making this DC-7B ready to take to the skies for the first time in 11 years. The trip to Hartsfield-Jackson Atlanta International Airport, which included an overnight stop in Midland, Texas, was a flown at 9,500 feet in the now-depressurized aircraft for a combined 6.5 hours in the air.

"Saying goodbye to this beautiful airplane is truly a bittersweet moment for me," said Woody Grantham, the longtime owner of this DC-7B and the founder of International Air Response. "Even as we fly on some of the latest and greatest new airplanes of today, I think it's so important that we never lose our touch with history, and I can't express how happy it makes me to see the DC-7B going home to be celebrated and immortalized at the Delta Flight Museum."

Touching down in Atlanta at shortly after 5 p.m. EST Sunday and soon to be heading to Delta's TechOps facility, the final chapter of this DC-7B's story has yet to be written. Keep an eye on Delta News Hub to see what's next.​ 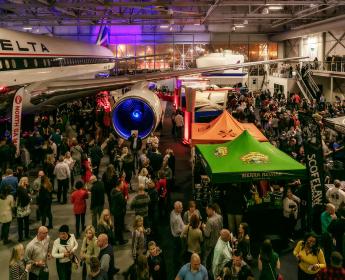