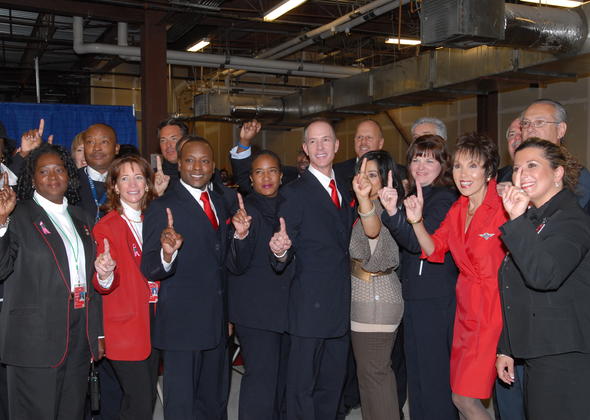 Take two struggling airlines, put them together during an epic economic downturn and what do you get? A global powerhouse – the industry’s leading airline and one of the world’s most admired and relevant brands.

Ten years after final approval of the Delta-Northwest merger on Oct. 29, 2008, it’s clear the tie-up joined the two airlines into a force that’s positioned to continue leading the industry long-term. 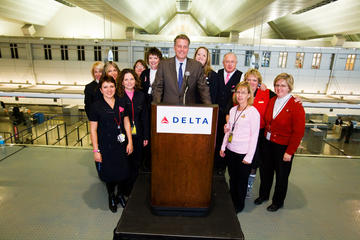 “Together, the people of Delta and Northwest forged a global brand that today represents the very best in operational excellence, customer experience and passion for serving customers,” Bastian said recently. “We’re continuing to build on that sturdy foundation every day. Our people are accomplishing things that were unimaginable 10 years ago, and the best is yet to come.”

By the time the integration was complete, the merger of the Delta and Northwest flying networks had combined Delta’s strength in the South, Northeast and Europe with Northwest’s presence in the Midwest, Canada and Asia, preserving competition while enhancing customer choice. And Northwest brought a reputation for operational excellence to a Delta known for service, hospitality and culture.

Meanwhile, Delta kept its promises that the airline would remain Delta, keep its headquarters in Atlanta and that there would be no involuntary furloughs.

Long-term, the merger provided the new Delta with the scope and scale to create a durable business capable of investing in its people, products and service, communities and shareholders.

A model for the industry

“What our people have done to improve our operational performance in the past 10 years has transformed our business in the eyes of our customers,” West said. “We’re meeting and even exceeding their expectations in a way that’s leading the industry, and it’s all due to the incredible work of Delta people.” 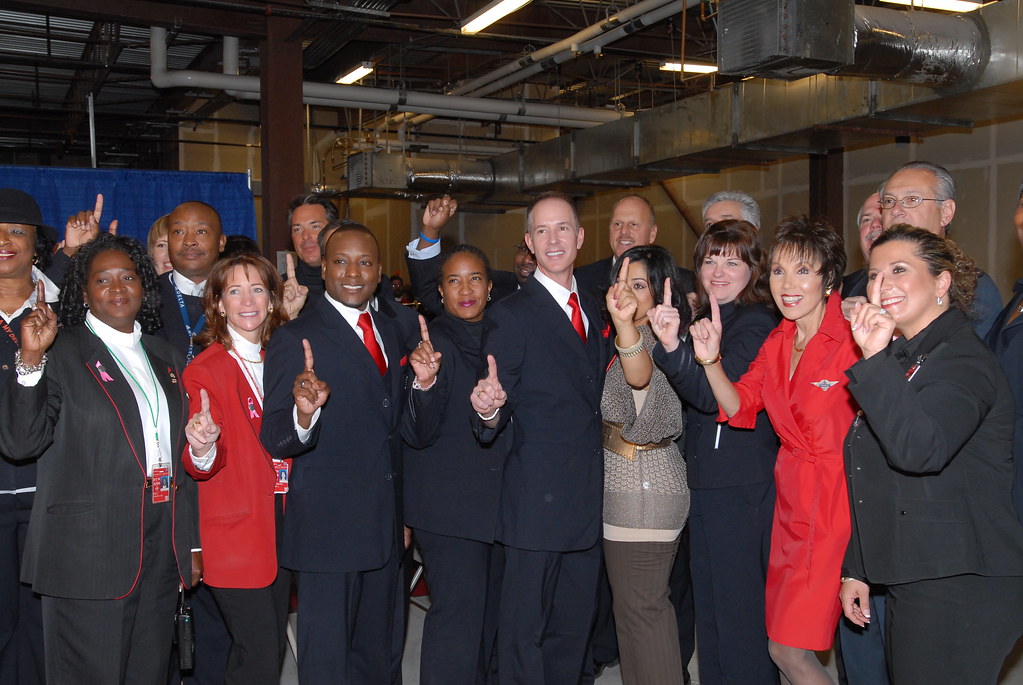 Meanwhile, the airline's people-focused culture has thrived, remaining the foundation of the business.

“One of the critical imperatives we agreed on was that this was a merger for and with our people, not to our people,” Bastian said. “So we put our people at the center and used that as the true north to measure against. When we reached a crossroads, we kept our people front and center in our decision-making – giving them the tools they needed to succeed. They took that and ran with it. It’s why they’re the best.”

“Together, we knew we could be stronger,” she said. “As leaders we needed to be open and transparent and let everyone know it was going to be tough, but if we stuck to our values it was going to be ok. It called for servant leadership and caring relationships with employees. And ultimately, it worked because we trusted each other.”

RELATED: Merger by the numbers

The mantra was “One Great Airline,” and that spirit guided the combined company.

Seth Kaplan, Editor of Airline Weekly, said leaders of corporate mergers are quick to say they’re going to combine the best of both companies. “That’s easy to say but it’s hard to do. In this case, they really did it,” Kaplan said in an interview.

The Delta and Northwest merger was the first of a round of consolidation that saw tie-ups between American and U.S. Airways, United and Continental, Southwest and AirTran, and Alaska and Virgin America. Kaplan says there were too many airlines in 2008, and all were too preoccupied with survival to be able to invest in their people, their products or service.

“Now the U.S. airline industry looks more like other industries, with three or four dominant providers. It’s been a good outcome, balancing the interests of shareholders, consumers and employees,” Kaplan said.

Delta and Northwest pursued an aggressive integration of everything from loyalty programs to employee seniority.

“In October 2008, we had an incredibly complex task ahead of us, bringing together two proud airlines as the entire industry watched us,” said Delta President Glen Hauenstein. “Together, our people rolled up their sleeves and built a brand more successful than anyone could have predicted. The fact that customers in record numbers now regularly pay a revenue premium to fly with us is a testament to the superior products and best-in-class service Delta people provide. It’s been an amazing feat and all 80,000 of us should be proud of how far we've come.”

Steve Sear, a Northwest executive in 2008 who now serves as Delta’s President – International and Executive Vice President – Global Sales, said like many Northwest employees he was a little nervous at the merger news – but mostly excited.

“The excitement was because we were about to have the size and scale for the very first time to be able to clearly win against the competition,” he said. “And that happened for a couple of key reasons. First, we listened to our customers so we could deliver what they wanted and needed. Just as importantly, we listened to our people. We helped set a path for success and they paved the way, working as one team.” 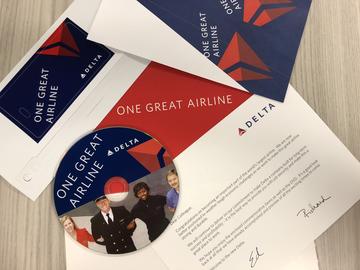 'Difference was the people'

Even before the merger took effect, employees in hubs of both airlines connected in meet-and-greet sessions. After the merger closed, every station in the new Delta system held celebrations where employees cheered each other wearing “One Great Airline” T-shirts. Ed and then-CEO Richard Anderson sent a personal note of thanks to every employee.

At the beginning of October, Delta reported adjusted pre-tax income for the September quarter 2018 of $1.6 billion despite strong headwinds from rising fuel prices. In 2015, Delta earned historic profits that had been unimaginable before 2008. And the airline has now earned investment-grade credit ratings from all three agencies.

“The merger allowed us to set the table for something new and incredible – investing in the business, our people and owners in a way that had never been possible,” said CFO Paul Jacobson.

Industry experts agree that while there were bumps, the Delta-Northwest merger set a standard that airline mergers have struggled to match. Delta leaders who lived through the transition pointed to the workforces.

“The real difference with the Delta-Northwest merger was the people,” said Jacobson. “It was the fact that we were all unified together towards the common goal of serving our customers and doing it profitably, and everything else came after that.”