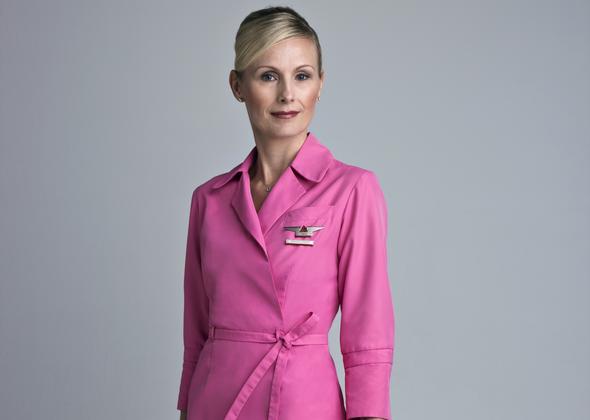 Flight attendant Alice Ramsey was diagnosed with breast cancer in July 2005. She began her treatment journey in September and was faced with two surgeries before her five-month chemotherapy treatment, which was followed by five additional surgeries, a mastectomy and medical leave.

“As I continued to sit at home and recuperate, I saw that we were in a new uniform campaign at Delta,” she said. “My new uniforms had arrived, and as I looked at the red dress I had an epiphany – we had a red dress, and that was great, but since we have a pink plane why not a pink dress for October?” 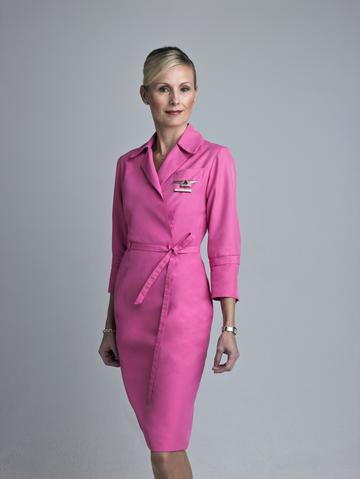 Once she returned to flying, she introduced her newest endeavor to members of the Delta family.

“In October of 2007, I got permission to wear the pink dress,” she said. “I was thrilled, but a little nervous. I was boarding the employee bus, and at that time it was full of mechanics and ramp employees, who began to clap. My eyes filled with tears, and I knew I was on the right path.”

That month alone, she personally raised more than $3,000 for the Breast Cancer Research Foundation by simply wearing her pink dress, and decided to keep pursuing adding the pink dress to the airline’s uniform package.

“I – in my pink dress – met with Mr. (CEO Richard) Anderson on April 7, 2008, and presented my statement: One little pink dress, one huge statement,” she said. “He was so gracious, taking pictures and listening to my business plan on the dress. The idea was that we could purchase our own dress if breast cancer had affected us. He agreed and told me that his mom had died of breast cancer and even agreed with me to set up a seed account if the dress did not sell.”

Ramsey, however, soon found out her grassroots efforts were quickly going to take flight. Delta initially made 275 dresses that summer – which sold out 12 hours after they went on sale. The dresses officially premiered at the airline’s annual ‘Breast Cancer One’ survivor flight, which carried 80 employee survivors from Atlanta to Detroit.

“What a day it was,” she said. “You should have seen the impact on our customers as we came through the airport in pink.”

Since its inception, the pink dress has evolved – changing from light pink to dark pink – and is now an official uniform piece. Nevertheless, the vision behind the dress has stayed the same, continuing to make an impact and generate awareness the Breast Cancer Research Foundation and its mission of finding a cure.

“I want to be an example that we learn how to survive from our pain and that out of survival we find victory. Out of victory we learn how to best serve others by teaching them to overcome some of life's hardest battles.” 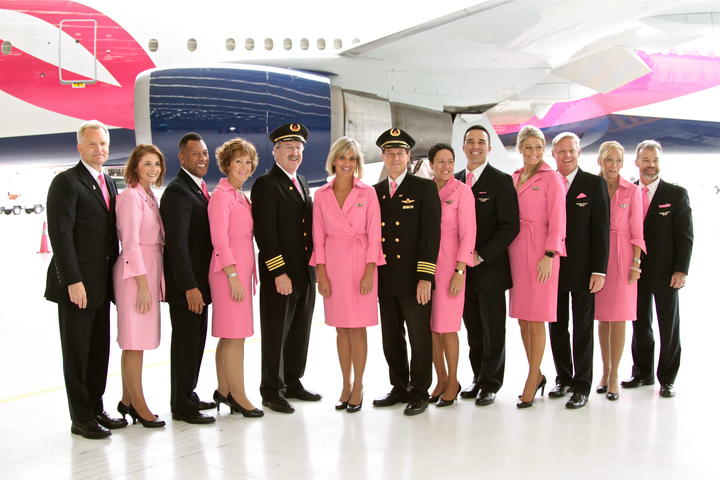