For years, the FAA, U.S. airlines and other aviation industry stakeholders have been working together to make U.S. airspace more efficient, with a goal of reducing delays, improving traffic flows and enhancing airline performance.

Today, those efforts are at risk. A proposal for inclusion in the FAA reauthorization bill this fall would separate the nation’s Air Traffic Organization (ATO) from the FAA into a new organization outside of the federal government. 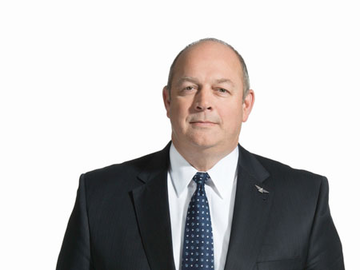 While Delta agrees that improvements to handling our near-capacity air space need to continue, we believe that privatizing the ATO is not the answer.  In fact, the process of separating the ATO from the rest of the FAA would be a distraction, disrupting the momentum we have worked so hard to achieve as new operational capabilities and improvements to the system are deployed.

For the benefit of our customers—the traveling public—we believe the more effective way to achieve a safe, reliable, modern aviation system for our future is for the FAA and industry to continue work to set priorities and implement beneficial operational capabilities through the NextGen Advisory Committee (NAC).

Today’s ATC system successfully manages the most complex airspace in the world, leading to fewer ATC-related delays than in most other industrialized countries, including those with privatized Air Traffic Organizations. In fact, airports in the New York City area handle nearly the same capacity each and every day as all of the airports in Canada combined.

Separating the ATO from the rest of the FAA does not address the efficiency or performance of the air traffic control system. Nor can it change certain structural barriers in the system, such as the geographic proximity of airports in the congested northeast corridor of the United States, or the fact that no new airports are being built in that area. It would result in costly organizational disruptions, silos and new barriers to implementing operational improvements that are already proving to be successful.

Having said this, Delta does agree that the performance of the system can and should be improved for the traveling public.

Reforms should focus on the FAA’s interaction with operators and airports to implement NextGen aviation infrastructure technology improvements that provide immediate and tangible operational and customer service benefits.

For example, we have already seen how NextGen can have a major impact on airport operations. Technology including performance-based navigation, surface operations, multiple runway operations, and data communications are having a measurable, positive effect on travelers, airports, communities and airlines.

In Atlanta alone, air travelers are seeing an average reduction in delays of about a minute and a half. At face value, that may not sound like a lot, but when you consider time on the ground, reduced fuel burn, and more efficient use of taxiways, runways and gates, that 90 seconds translates to customers waiting on tarmacs less, lower emissions and between $14 million and $19 million in operational savings in Atlanta a year.

In Denver, NextGen has allowed for shorter and more direct flight paths, resulting in fuel savings, a drop in engine exhaust emissions and fewer delays.

NextGen wasn’t ever meant to be a revolutionary, flip-of-the-switch solution. It is evolutionary in nature, with geographic and environmental variables unique to each airport playing a directive role in which technologies are most appropriate to deploy. Remember, we are making improvements to a legacy system that is already the safest and arguably one of the most efficient in the world. These changes, while ultimately beneficial, need to be managed carefully and made in an evolutionary way to avoid unintended consequences.

Even so, the FAA, working with airlines, has made solid progress. You might liken where we are with NextGen to any highway construction project. In the end, you’ll have improved traffic flow but drivers will endure various phases of construction before the project is complete. Right now we’re in that “orange barrel” construction phase and continued focus by the FAA and the ATO is needed to stay the course and keep momentum going. As more NextGen technologies are implemented, learnings are shared among industry stakeholders to determine how to best “scale” operational improvements for broader impact.

In the end, separating the ATO from the FAA just doesn’t make sense, and would distract from real solutions that can substantially improve air travel in the U.S. and make the nation’s safest mode of transportation even safer.

Federal funding for the U.S. aviation system via the FAA 2012 Federal Modernization Reform Act is set to run dry Sept. 30. While an extension is expected to ensure funding continues for the short term, the concept to privatize ATO is making waves that may cause further delay.

Delta’s CEO, Richard Anderson, Chairman of the NextGen Advisory Committee, recently wrote to FAA Deputy Administrator Michael Whitaker: “Working together, the industry and FAA are continuing to facilitate the delivery of air traffic service to the flying public that is leading to increased capacity, improved efficiency and safety and reduced environmental impact."