For the Joneses, Delta is not just a place of work, but a foundation for their family.

This Father’s Day, Delta celebrates all the working dads, including Craig Jones, a lead aircraft maintenance technician in the hydraulics shop at Delta’s Technical Operations facility in Atlanta. Craig is a third-generation TechOps employee with a legacy that includes his father, Eddie Jones, and began with his late grandfather, Barton Jones.

Barton started his career in 1951 in the engine shop, and it was in his 28 years of service where the Delta family intertwined with his own. 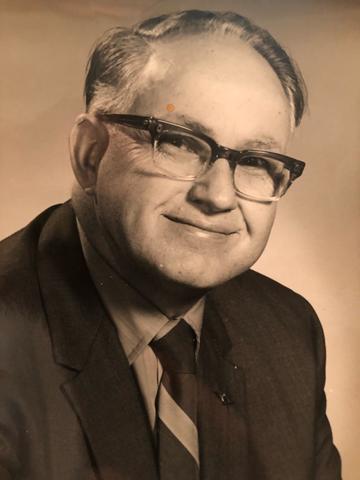 “I remember him taking me out to Hangar 1 as a child,” said Eddie, Barton’s son. “I was very small then, but the place and the people just impressed me. I thought, ‘Wow. This is something really special.’ I just really wanted to be part of it.”

Eddie eventually accepted a job at Delta working in TechOps – officially making it a family affair.

“When you walk out in the afternoon and get in your car, Delta isn’t just in your rearview mirror,” Eddie said. “You take it with you all the way home.”

At home, Eddie proudly brought Delta’s values with him, and Craig began to take notice.

“My dad and his dad passed down values in our family they learned from Delta – it was honesty, integrity and just being a real person,” Craig said. “Treating people with respect is just how I was brought up.”

Craig had an innate interest in becoming an AMT and an affinity for Delta, so when he officially joined the Delta family, the transition was seamless.

“It seemed natural for me to be here,” Craig said.

After Barton’s passing in 1995 and Eddie’s retirement in 2011, Craig carries on the Jones legacy, representing three generations and more than 63 total years of combined dedicated service to Delta. .

“Through my father, myself and my son, I was able to see three generations of Delta,” Eddie said. “And the values are still as strong as they were. Delta takes care of people.”

As Father’s Day approaches, Delta is grateful to the Jones family and to all the other fathers who put the Delta family at the center of their own.