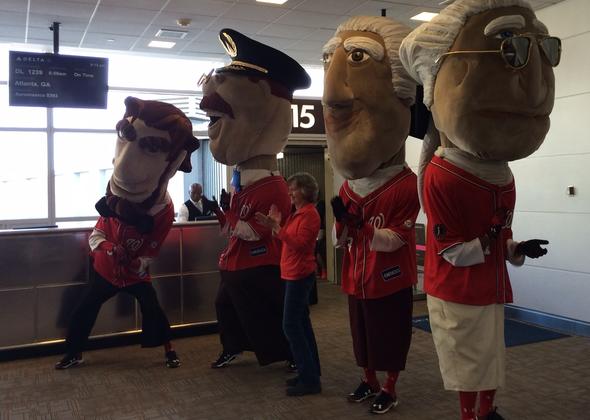 Major League Baseball returns this week, and Delta is celebrating alongside fans and customers.

In New York, Delta will highlight its partnerships with the New York Mets and the New York Yankees throughout the week, with onboard and in-airport activations; special offerings in the Sky Clubs; and advertising and social media promotions. 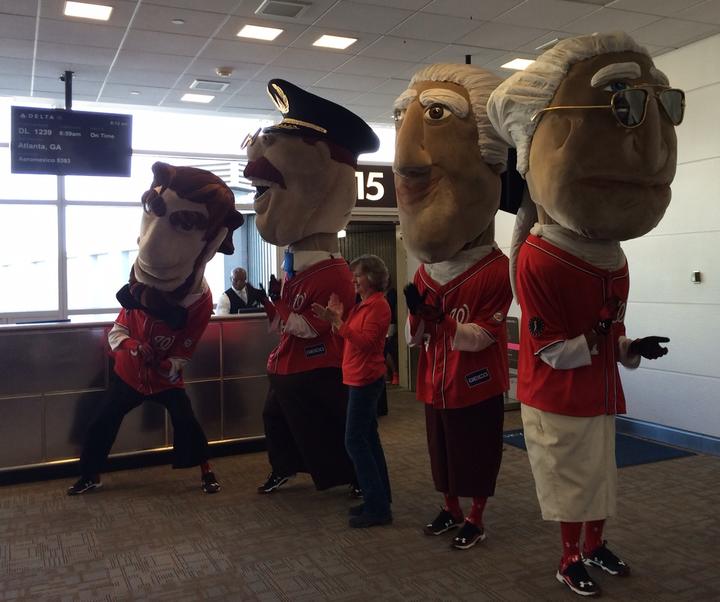 All week long, customers wearing Mets or Yankees apparel will be rewarded with invitations to board prior to Zone 1 on flights departing New York-JFK and New York-LGA. Fans on select flights from New York to Kansas City - where the Mets will play the Royals on Tuesday - and Detroit  - where the Yankees will play the Tigers on Friday - will receive team-branded rally towels onboard; some lucky customers will also win signed memorabilia and team gear. Delta Sky Clubs will offer baseball-themed food selections, team-branded signature cocktails, and co-branded luggage tags, napkins, and snack cups. Retail partner OTG will also offer ballpark fare and discounts at select stores to fans wearing team gear.

Delta recently renewed its long-term partnerships with the Mets and Yankees, extending the airline’s sponsorships with both teams through 2023.

In Washington, D.C., where Delta last week announced its status as the official airline of the Washington Nationals, the airline welcomed the team's popular Racing Presidents mascots to Ronald Reagan Washington National Airport Monday morning to kick off the new partnership with the team.

Mascots George, Abe, Tom and Teddy greeted Delta customers on a departing flight to Atlanta, where the Nationals are playing the Atlanta Braves later today. They also participated in team giveaways, signed team merchandise and gave tickets to Nationals and Braves games.

In Atlanta, the Braves are preparing to move to their new home in the suburbs, SunTrust Park. To kick off the final season of Braves baseball at Turner Field on Monday, Delta will participate alongside other team partners in a co-branded opening day message and logo. Delta’s partnership with the Braves has been active for 50 years, a testament to the strong connection between Atlanta’s hometown airline and Atlanta’s hometown baseball team.

Delta also serves as the official airline of the Detroit Tigers and Minnesota Twins; the airline also operates team charters for the Braves, Twins, Yankees, Mets, and Nationals, as well as for the Boston Red Sox, Miami Marlins, St. Louis Cardinals and Tampa Bay Rays. 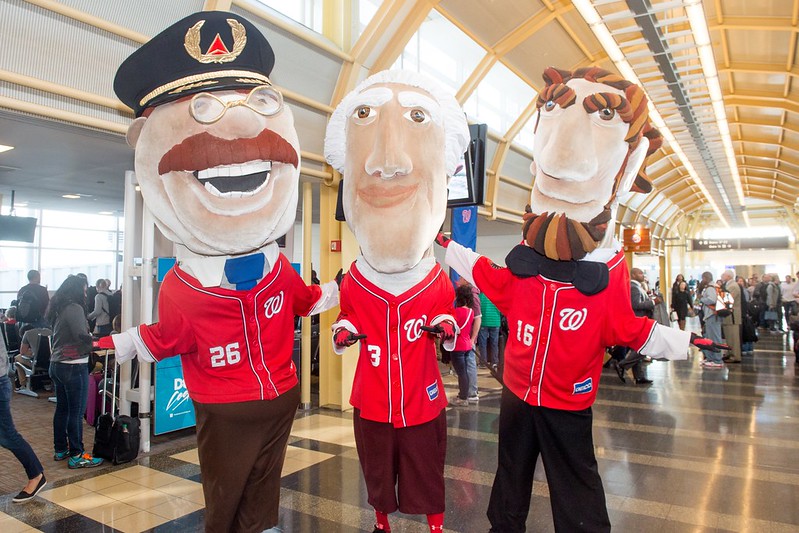