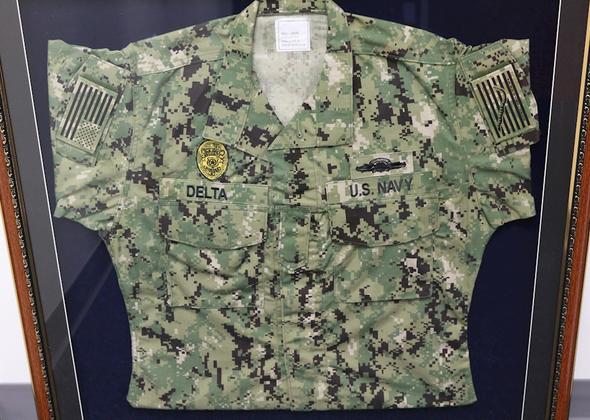 In time for Thanksgiving, TechOps received a special token of gratitude from the U.S. Navy — a military uniform bearing the name of "Delta" in a show of appreciation for Delta employees who've participated in the ongoing Operation Care Package. 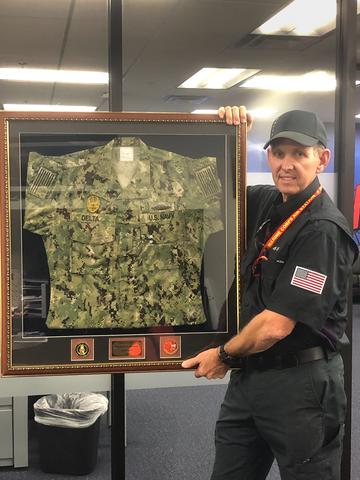 Started by Mark Norris, Aircraft Maintenance Technician and 2018 Chairman's Club honoree, in September 2017, the program has evolved from a few donations to well over 2,400 care packages of food, snacks and treats addressed to individual service members in 14 countries around the world, including four U.S. Navy ships. Norris, along with his wife Doreta and two TechOps employees, Bridgett B. and Fifth B., organize, package and ship the donations each week. In fact, TechOps is on target to send its 2,500th care package just next week.​

"Each shipment each week is a huge undertaking," Norris said. "There's a lot of organization involved, from connecting with troops overseas, verifying shipping addresses, managing the funds and picking up and shopping for groceries. But none of this would be possible without all the volunteers, donations and support."

Delta's very own military uniform was a gift from Petty Officer 2nd Class Michael Moore, a​ nephew of TechOps employee, Ben Landers​, on behalf o​​​f his entire​ team. The plaque below the uniform reads, "Thank you to everyone at Delta [Air Lines] for the care packages, and your support. –ESIT-6."

However, the uniform isn't the only acknowledgment TechOps has received in recognition of the hundreds of donations. Each new location receiving care packages is also gifted a Delta flag. As a show of thanks, service members from the Marine Corps, Air Force and Army send pictures back to TechOps proudly displaying Delta's flag. ​ 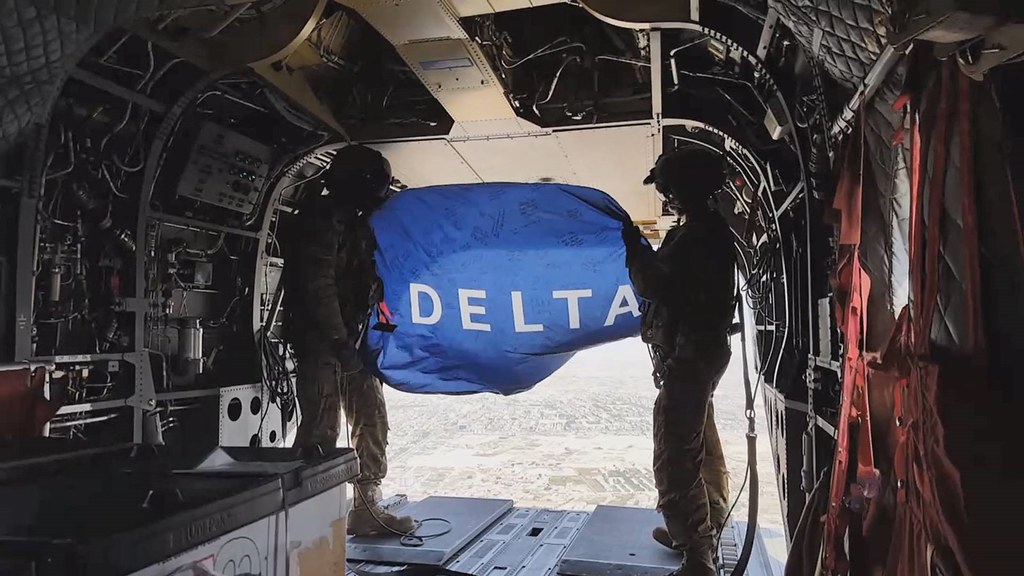