In the pink: Outfitting an aircraft to fight breast cancer

Fresh from the paint shop, Delta’s latest “Pink Plane” took to the skies just days before it’s set to fly a cabin full of employees who have survived breast cancer or are battling the disease on the airline’s 11th annual Breast Cancer Survivor Flight.

The Boeing 767-400ER, which has featured a pink-themed livery since 2010, was due for a repaint so teams in Delta’s Marketing department as well as those in Delta’s Technical Operations division - the airline’s maintenance department - worked together to design a refreshed look while taking advantage of a unique paint formula to wrap the fuselage in a pink ribbon. 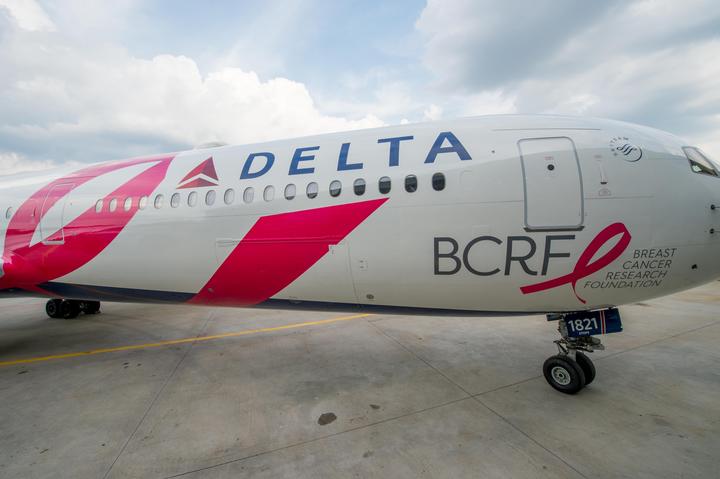 Graphics specialist Joel Freeland in TechOps used AutoCAD software to create a full-scale image showing how, exactly, the design would wrap around the fuselage. It’s challenging to take a flat design and adapt it to a 3-D plane with all its curves, so a trial was done first on a small-scale model.

Then came time to paint. Talented aircraft painters, many of whom have brought to life special liveries and designs over the past several decades, got to work, carefully layering on the unique shade of pink across the expanse of the widebody jet. Painters used a special paint containing a pigment that reflects about 90 percent of visible light, compared to 30 percent of normal paint.

Once finished and dried, the plane was put back into service this week headed to Amsterdam, spreading breast cancer awareness across the globe.

“It’s always nice to have the opportunity to be involved in something that has this much impact on someone’s family that has been touched by [breast cancer],” Freeland said.

This was the first Delta aircraft painted for the season - Delta typically paints aircraft from fall through early spring. The airline will paint about 80 or more Delta jets each season.

Employees, customers and their friends and families have raised $9.2 million for BCRF since 2005, including last year’s effort of $1.3 million. Delta's contributions have funded the vital work of 37 different research projects over the years in the pursuit of eradicating breast cancer.