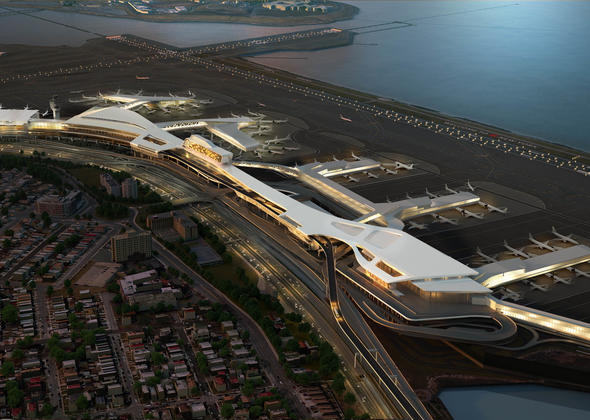 NEW YORK - The redevelopment of New York’s LaGuardia Airport into a top-notch facility took a significant step forward as Gov. Andrew M. Cuomo today announced the Port Authority's approval of a lease through 2050 to redevelop the Delta terminals at LaGuardia into a $4 billion, state-of-the-art complex. The Port Authority is providing $600 million for the project; the rest of the construction – $3.6 billion – will be funded privately by Delta and its partners.

"We are transforming LaGuardia into a world-class, 21st-century airport of the caliber that New York deserves, and this approval brings the project one giant step further," Cuomo said in a release. "I thank Delta for their partnership in the construction of new terminals to welcome and inspire the millions of travelers who pass through their gates."

“Delta is committed to continuous investment in airport infrastructure in New York and around the world, and today's lease approval brings LaGuardia closer to being the exceptional airport our New York customers deserve,” said Delta CEO Ed Bastian. “We are proud to be a part of the effort to rebuild one of the world’s busiest and best-known airports, and we look forward to working with the Port Authority and our partners to realize Gov. Cuomo’s vision for a 21st-century facility.”

Delta's new terminal at LGA will consist of 37 flexible-gauge gates, each capable of accommodating aircraft ranging from regional jets to Delta's full fleet of narrowbodies. Four concourses will be connected by a centralized check-in lobby, security checkpoint and baggage claim. Of the 37 gates, 33 will have access to dual taxi lanes, which will improve airfield efficiency by reducing departure and arrival taxi times. 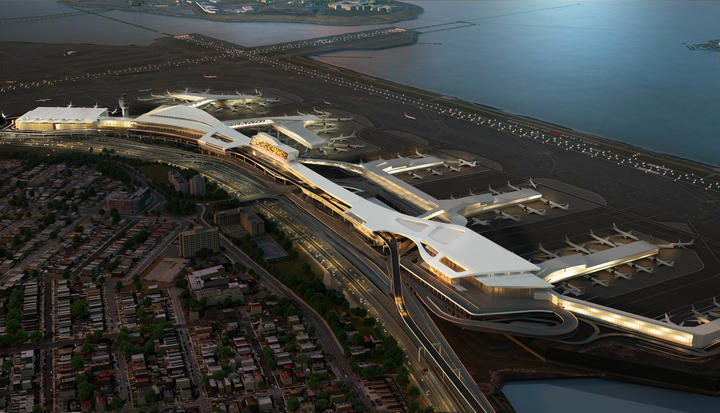 The facility will offer direct access between the parking garage and terminal, improved roadways and drop-off/pick-up areas, and a curbside check-in bypass leading directly into the security checkpoint. The design of the new terminal will integrate sustainable technologies and improvements in energy efficiency.

The Port Authority first approved the project in July 2016; its $600 million commitment includes $200 million toward the new Delta facilities, including the construction of new concourses and ramps; $185 million for a new electrical substation to support the power requirements of the new building, plus an expansion of the East Garage and temporary parking during construction; and $215 million for new roadway and additional supporting infrastructure that is typically the responsibility of the Port Authority in new terminal developments.

Construction at LaGuardia’s Central Terminal Building began in June and will expand to this project later this year following additional regulatory approvals.

Delta today operates a major hub at LGA, with about 275 daily departures from Terminals A, C and D. In addition to its history of investments at LGA, Delta also opened a $1.2 billion Terminal 4 at John F. Kennedy International Airport in 2013; an additional $200 million investment in 2015 added 11 gates and 75,000 square feet in Terminal 4 along with a new bus station and a renovated check-in hall and concourse holdrooms at Terminal 2.