Pride in a pandemic: A spotlight on the importance of celebrating our differences 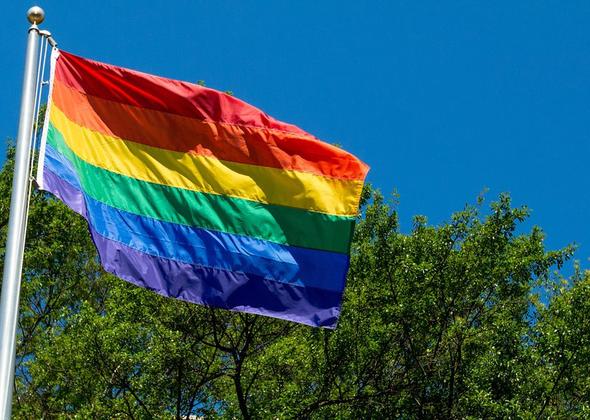 Download
Celebrations of Pride Month look a little different this year as the world is navigating the effects of the COVID-19 pandemic and an escalating global response to racial inequality and injustice.
DELTA NEWS ON THE GO. Subscribe and follow.

In commemoration of the June 1969 Stonewall riots in Lower Manhattan, which served as a catalyst for the LGBTQ+ movement around the world, June has become known as Pride Month – a celebration of love, diversity, acceptance and unapologetic self-pride for LGBTQ+ communities and allies across the globe.

This year, celebrations of Pride Month look a little different, as it comes at a time when the world is navigating the effects of the COVID-19 pandemic and an escalating global response to racial inequality and injustice.

Despite the more distant celebrations due to the pandemic, the LGBTQ+ movement is bigger than ever – especially in light of the recent Supreme Court ruling that Title VII of the Civil Rights Act of 1964 also protects employees from discrimination based upon sexual orientation and transgender status.

“Celebrating Pride from home is super unique, but I feel in a way we are more connected online than we were in person... Today, we see social injustice being protested and the rise of the #BlackLivesMatter movement, and many people forget that Pride began as a result of protests too,” said Delta’s Samuel Peraza, in a recent AJC article. “Being able to celebrate Pride virtually this year has been a way to educate ourselves about queer BIPOC (Black, Indigenous and People of Color) and how to better support them and advocate for them. That has been especially moving.”

In the wake of the deaths of Riah Milton and Dominique “Rem’mie” Fells – two Black transgender women who we were killed last week – advocates continue to spotlight the injustices experienced by both the LGBTQ+ community and communities of color.

In a letter shared by Delta's LGBTQ+ Business Resource Group, EQUAL, the leadership team noted that “Pride is a time when we show our unity and support for one another, celebrating our differences and our resolve to live in a world where love, kindness and hope rise above everything else.”

Delta, a long-time supporter of the LGBTQ+ community, recognizes that we still have a long way to go on the road to equality and is committed to using whatever means we have to move the world toward a better, more just tomorrow.

“We are focusing on the intersection between those of us in the LGBTQ+ community and our allies and what we can do to support Pride in the new reality. Pride, at its core, is to celebrate who you are,” said Michael Thomas, Communications Officer for EQUAL.

Just last week, Delta CEO Ed Bastian and more than 50 Georgia CEOs signed on to a letter led by th​e Metro Atlanta Chamber, urging the General Assembly to approve and sign into law a comprehensive, specific and clear bill against hate crimes. This would include protections for victims who are chosen based on their race, color, religion, national origin, gender, sexual orientation or disability deserve justice. Thanks to the advocacy of Delta's BOLD organization, Delta's Black employee Business Resource Group, Delta was able to get in early on this important call to action.

“Like many of you, I have been through a lot of emotions within the past several months. So, I thought to myself, how do speak to my EQUAL family about Pride when my BOLD Family is struggling just to be respected,” said Tonie Tobias – Vice President of EQUAL. “Then, I saw the news regarding the Supreme Court decision and the charge to our Delta family to help push the hate crime bill in Georgia, with our leader Ed charging the way. These things renewed my sense of Pride and reminded me that as long as we are alive, we have hope and together we can make a change.”

On June 1, Delta's EQUAL members raised the rainbow flag to mark the start of Pride Month around the world. As Pride Month continues, Delta is encouraging all employees to celebrate the LGBTQ+ community and promote inclusion, respect for differences, equal opportunity and diversity in the workplace.