Pulling for a cure: Delta employees raise over $500K for American Cancer Society at Jet Drag and Relay For Life

Relay For Life and a record number of Jet Drag teams – 130 in total – raised over $500,000 towards the organization's lifesaving research, education and patient programs. At the 10th anniversary of Jet Drag – an event that began with only 22 teams – Delta people showed once again their commitment to attack cancer from every angle by throwing their muscles and sweat into pulling the 167,000-pound jet.

"It is incredible to see so many people from across Delta rally together for one great cause," said Gareth Joyce, S.V.P. — Airport Customer Service and President — Cargo. "No matter who or where you are, you know a survivor who beat the disease, a fighter in the middle of the battle, or a caregiver looking after loved ones. That's why fundraising for Relay and Jet Drag is another example of the heartbeat of what Delta people do best – giving back to the communities where we live, work and serve."

Delta's Relay For Life is the largest corporate relay in the U.S. and takes place in conjunction with Jet Drag, where teams of 20 raise $1500 or more to compete to pull the jet 20 feet in the fastest amount of time. This year's events featured special guests Chris Draft, a former NFL linebacker and lung cancer advocate under Team Draft, and J.R. Martinez, an actor, best-selling author, wounded U.S. veteran and motivational speaker.

Teams who took home bragging rights and the winning prizes in the men's, women's, mixed and corporate divisions hailed from Salt Lake City, Los Angeles and Atlanta, respectively. SLC Men's pulled the fastest with only 5.970 seconds. Other accolades included the slowest drag awarded to the fatefully-named "Pull with your Core" team with 11.570 seconds, the spirit award given to Delta Globetrotters Latin All-Stars, and the top fundraising team awarded to Gretchen's Diamond Draggers with $28,089. Steve Klamon was the top fundraising individual with $9,360.

"I'd like to thank Delta and Delta employees worldwide for all they do to help save lives and create a world without cancer," said American Cancer Society CEO Gary Reedy. "Atlanta is our global headquarters and it's Delta's global headquarters; it's significant to note that the heart of our 17-year partnership originated here, but it has grown to all corners of the earth. You have found a way to engage employees and customers worldwide through the Jet Drag, Relay For Life, and Delta Day of Hope, and we're sincerely grateful for your vision and the impact you're making in the lives of cancer patients everywhere."

Delta will continue fundraising for the American Cancer Society throughout 2019, notably with Delta Day of Hope on May 15, where over 100 airports in nearly 20 countries hold Relay For Life events around the world. 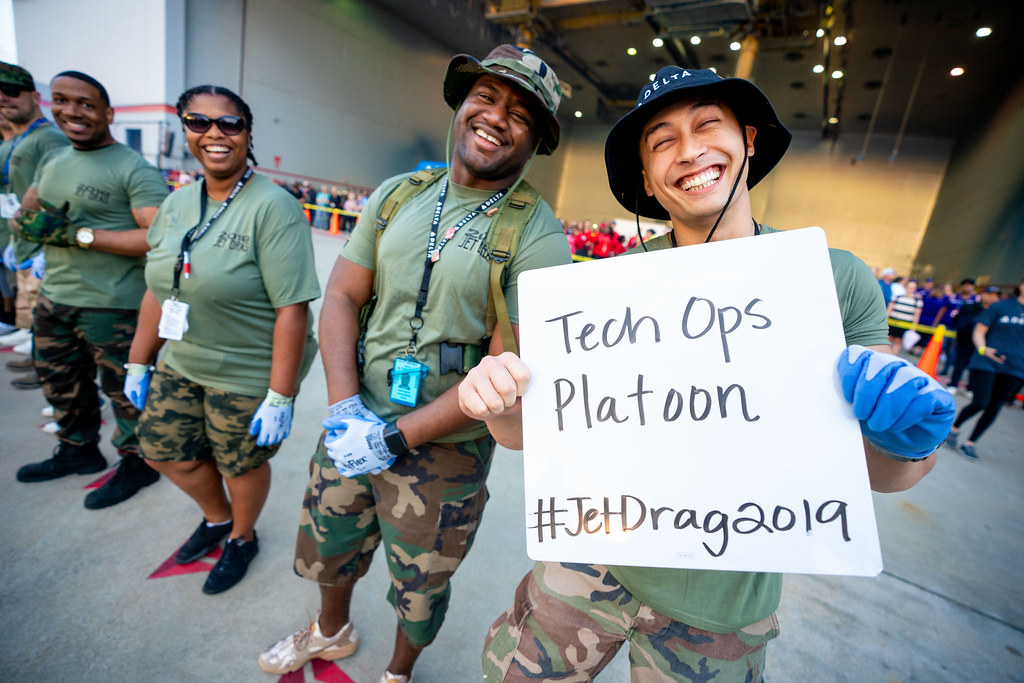