SEATTLE - A Delta News Hub conversation with Mike Medeiros, Delta’s Vice President – Seattle, who is charged with developing and executing Delta’s key strategic objectives for Seattle and the Pacific Northwest - from financial performance and marketing to community relations and government affairs.

It’s been two years since Delta began building its hub at Sea-Tac. What do you wish you’d known then that you know now?

It is really hard to believe that we began this journey in Seattle two years ago.  Having been in a similar situation in New York back when we began growing there in 2007, I guess I’m not surprised about how long it takes to get major facility improvements started, but it’s probably one of the things that I had hoped would be different in Seattle from how it was in New York.  The good news is that we are working closely with the Port of Seattle, and it is my hope that we will break ground on a new International Arrivals Facility by mid-2016. 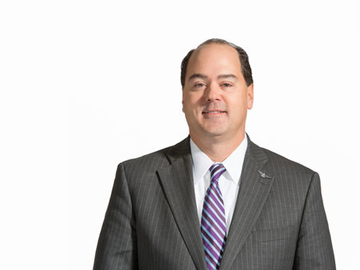 Delta is building for the future in many ways  – for example, it's partnered with China Eastern and it's launched an initiative to engage future business travelers while they’re still in college. What role does Seattle play in building for Delta’s future?

Seattle is an important element of the overall strategy at Delta, and that’s precisely why it is called out in our Flight Plan (internal goals statement) each year. We all know that Asia – China in particular – is growing at a far greater rate than any other region in the world, and even with the recent challenges their economy has faced, they are still expected to grow at an annual rate that exceeds 6 percent.  Seattle has a unique opportunity to capitalize on that growth by virtue of the global diversity the city offers but also as a convenient connection hub for passengers traveling to Asia from all across the U.S. Being located in the very top corner of the United States, we are able to offer the shortest flights from the U.S. to Asia, and we are able to do it more efficiently than any other carrier is able to do it from their West Coast gateways. This is a strategic advantage that places Seattle in a great position and, importantly, helps ensure a strong future for Delta.

What challenges has Sea-Tac’s rapid growth presented? How are you helping to make the experience easier for customers in the short-term and long-term?

As the fastest-growing airport in the country, SeaTac is bursting at the seams. That growth has largely come from Delta, but it has also come from other airlines adding flights in response to our growth.  Over the summer, the airport had a 13 percent increase in passenger traffic over the previous year, which led to operational challenges, including longer taxi times, baggage system failures and an overall increase in congestion at the airport.  Now that the summer is behind us, we are working with the Port of Seattle to create specific actions that can be taken between now and next summer that will help improve the passenger experience.  From a Delta perspective, we are working to build a new 23,000-square-foot Sky Club and a Delta One premium check-in area, both of which will be up and running in time for at least some portion of summer 2016.

The single biggest impact Delta has had on Seattle is that we’ve brought competition to a market that has been largely underserved for a very long time – and that competition has driven innovation and required other airlines to step up their game in areas beyond just passenger travel, like community investment and volunteerism. As for how Seattle has impacted Delta – the city has been extremely gracious and accepting of the Delta brand coming to Seattle and competing for their business.

How has Delta’s entrance into state of Alaska from Seattle impacted that market?

Delta now serves three markets in the state of Alaska year-round and two seasonally, which places the brand in the state’s top five destinations by passenger traffic. Since Delta entered these markets, consumers have benefited by seeing fares drop dramatically, and when Delta ends its seasonal service, fares in those markets immediately return to those higher levels. Beyond fares, residents of Alaska now have choice, better products, a global network and the world’s best employees. All of this has been missing until Delta entered Alaska.

We’ve brought competition to a market that has been largely underserved for a very long time – and that competition has driven innovation and required other airlines to step up their game in areas beyond just passenger travel, like community investment and volunteerism.

Seattle is a major commercial focus for Delta in addition to New York and Los Angeles, but there are many distinctions between the three markets. How are they similar/different?

There’s a lot that’s similar about these three markets, and it starts with the fact that they’re all emerging markets for Delta – at different stages, of course – where we are building new hubs and strengthening our network to help ensure we have a strong future for many years to come.  In New York, we began that work back in 2007, and it has evolved from creating an international gateway at JFK to also creating a domestic hub at LGA – and that work continues. LAX and SEA are more similarly situated in that we began developing our West Coast strategy a few years ago and truly are in the early stages of creating something very special in both cities. That said, having lived in all three of these cities with Delta, I’ve experienced how different they can be from a cultural and customer perspective, and that’s where it’s so important to have a team of Delta professionals on the ground that understand the nuances of what each of those region's customers want and expect from their airline.

So what’s next? What are Delta’s top priorities over the next few years?

We have several imperatives in Seattle.  First, we have to get the new International Arrivals Facility started so we have a competitive arrivals experience for our customers. Second, we’ll continue building strong relationships and partnerships in Seattle to become a trusted and respected brand like we are around the globe.  We’ve made great progress in this regard in a very short time, but we need to continue working hard at this every day. Finally, we will continue developing our network of flying that builds enough mass of flights that enables us to compete for every passenger, every day because we fly to where they want to go.  Again, we’re getting there but we still have some work to do.